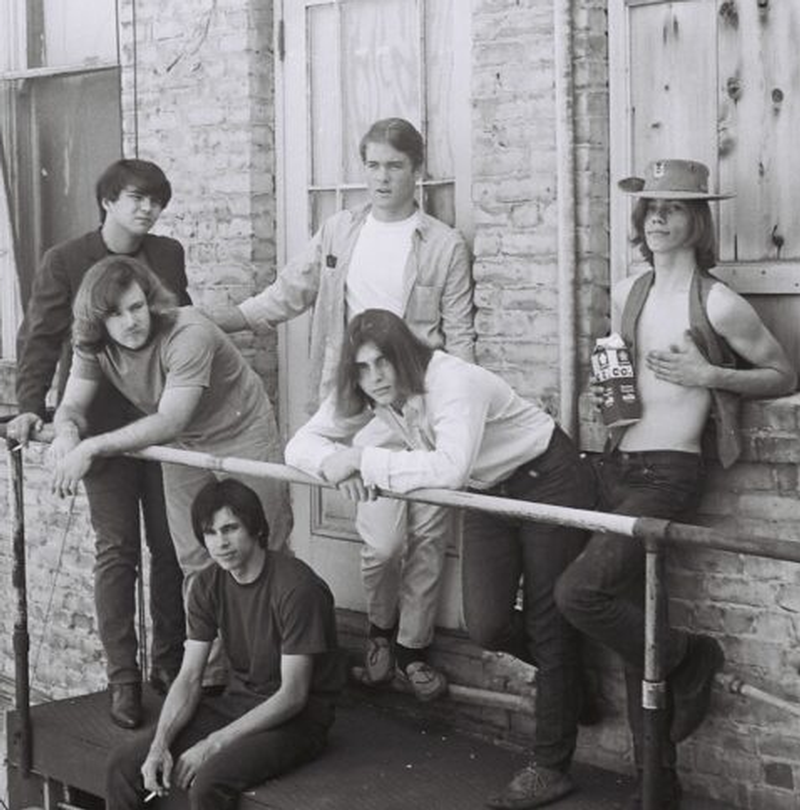 This painfully obscure central California band hailed from the town of Merced, but played extensively on the San Francisco ballroom circuit in the late 60s, opening for many of the Bay Area scene headliners like the Grateful Dead, Jefferson Airplane, Big Brother & The Holding Company and Country Joe & The Fish to name a few. They formed in 1965 as the Morelochs (taken from the movie The Time Machine) and were initially influenced heavily by the Beatles and the Byrds. Original members included brothers Jim (vocals, guitar) and Jeff Sanders (vocals, guitar, organ, percussion) along with Tom Salles (vocals, guitar), Dave Sprinkel (vocals, organ, percussion), Roger Henry (bass) and Andy Daniel (drums).

In 1967, the group changed their name to Crystal Syphon and were first promoted with Country Joe & The Fish as the Summer of Love was rapidly growing into full bloom around them. Also around this time, Henry and Daniel were replaced by brothers Bob (bass) and Marvin Greenlee (drums). The band recorded quite a bit of well-crafted material, but unfortunately never received any major recording contract offers that would make them want to sign away the rights away to their music. In 1968, after a meeting with Capitol Records had gone south, Sprinkle and Jim Sanders left the fold, reducing them to a foursome. They continued on through 1969 playing live until finally calling it quits around the end of the decade.

In 2012, an overdue compilation of the band's 1967-68 studio and early 1969 Fillmore West live recordings titled Family Evil was finally issued, which prompted them to reunite for a stint. As a side note, the CD incorrectly indicates that the live material is from a January 21, 1968 show, but that would have been impossible since the Fillmore West hadn't opened yet at that time. 2015 saw another CD release titled Elephant Ball that contains additional '67 studio material, along with some more well performed live songs from a late '69 show at the Fillmore West.