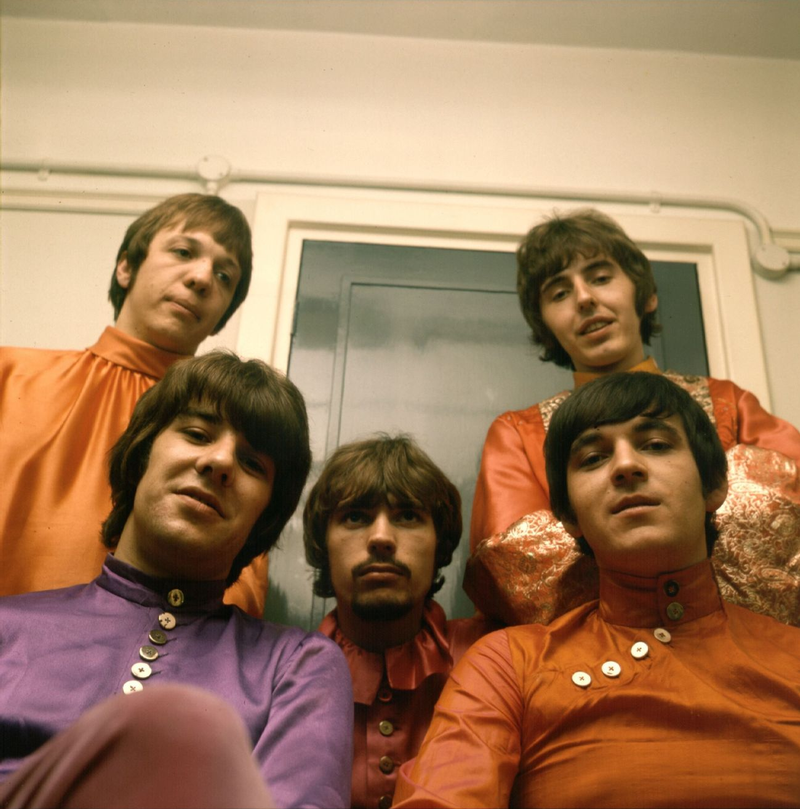 Procol Harum is considered by many to have been one of the key U.K. bands to develop the symphonic rock sound of the late 60s/early 70s. They're probably best known for their #1 U.K. smash 'A Whiter Shade Of Pale' that hit the airwaves in the summer of 1967.

The band can be traced back to 1964 and the Paramounts, which included Gary Brooker (keyboards, bass), Robin Trower (guitar), B.J. Wilson (drums) and Chris Copping (keyboards, bass). In the fall of 1966, Brooker broke from the Paramounts to begin work as a singer and songwriter with lyricist Terry Reid and formed Procol Harum in the spring of 1967, initially with original members Ray Royer (guitar), Dave Knights (bass), Bobby Harrison (drums) and Matthew Fisher (keyboards). Their original manager, Guy Stevens, named the band after a friend's Burmese Blue cat named Procul Harun, but he had misheard the moniker slightly at the time and wrote it down as "Procol Harum". It was this lineup that issued their debut single ('A Whiter Shade Of Pale' b/w 'Lime Street Blues') on the Deram label, which became a huge hit all around the world in the summer of '67. To augment their studio success, they began playing live gigs, with their debut concert being the open act for the Jimi Hendrix Experience.

In the late summer of 1967, the group went through some personnel changes when Brooker brought in ex-Paramounts bandmates Trower and Wilson to replace Harrison and Royer. It was this lineup that recorded their follow up single ('Homburg' b/w 'Good Captain Clack') and debut, self-titled LP on the Regal Zonophone label, which were both issued at the same time in September. 'Homburg' also became a big hit peaking at #6 in the U.K. and #34 in the U.S. The album however sold poorly in the U.K., but did reasonably well in the U.S. (#47), presumably due to "Pale" being include on this version and not on the U.K. release. One highlight on the record is the original studio version of 'Conquistador', which would later become a big hit in the early 70s when a live version of it was released.

Late 1968 saw the release of a second LP (Shine On Brightly), which includes the outstanding Brooker-Reid penned title track. This LP did even better in the U.S., reaching #24, but again didn't sell that well in the U.K. To support their popularity in America, they played at the Miami Pop Festival on December 28, 1968 in front of over 100,000 people. A third LP (A Salty Dog) was then recorded in early 1969, but before it could be released, both Knights and Fisher left the fold in the spring of 1969, which paved the way for another ex-Paramounts member, Copping mentioned above, to join the group, reducing them to a foursome. The album was finally issued in the summer of that year which this time sold well in both the U.S. and U.K., presumably boosted by the outstanding title track. By around this time they had also developed a reputation for being one of the leading festival acts, playing the Palm Springs Pop Festival, Atlantic City Pop Festival and Toronto Park Festival.

The summer of 1970 saw the release of their fourth LP titled Home, which also received chart success on both sides of the Atlantic. They then played the Atlanta Pop Festival in front of over 200,000 people in July of that year and the Aisle of White Festival in August. In the summer of 1971, they signed a new contract with Chrysalis Records and received respectable success with their fifth LP titled Broken Barricades. After this record, Trower left for what would become a successful solo career and was replaced by Dave Ball (guitar). They also brought in Alan Cartwright at the same time to take on full-time bass playing responsibility, which returned them to a 5-piece. It was this lineup that recorded their live LP with the Edmonton Symphony Orchestra in 1972, which sold very well, reaching #5 in the U.S. and features an excellent orchestrated version of 'Conquistador'.

In 1973, Ball left and was replaced by former Plastic Penny member Mick Grabham (guitar). It was this lineup that released several LPs into the mid 70s, which all received moderate success. In 1975, the group headlined the final night at the Rainbow Theatre in London and finally broke up in 1977. The band reformed in 1991 with TWOS seeing them around this time. They continue to perform to this day with Brooker still leading the helm.

This compilation CD contains the following songs by this artist that are played on TWOS:
- A Whiter Shade Of Pale

This compilation CD contains the following songs by this artist that are played on TWOS:
- Shine On Brightly