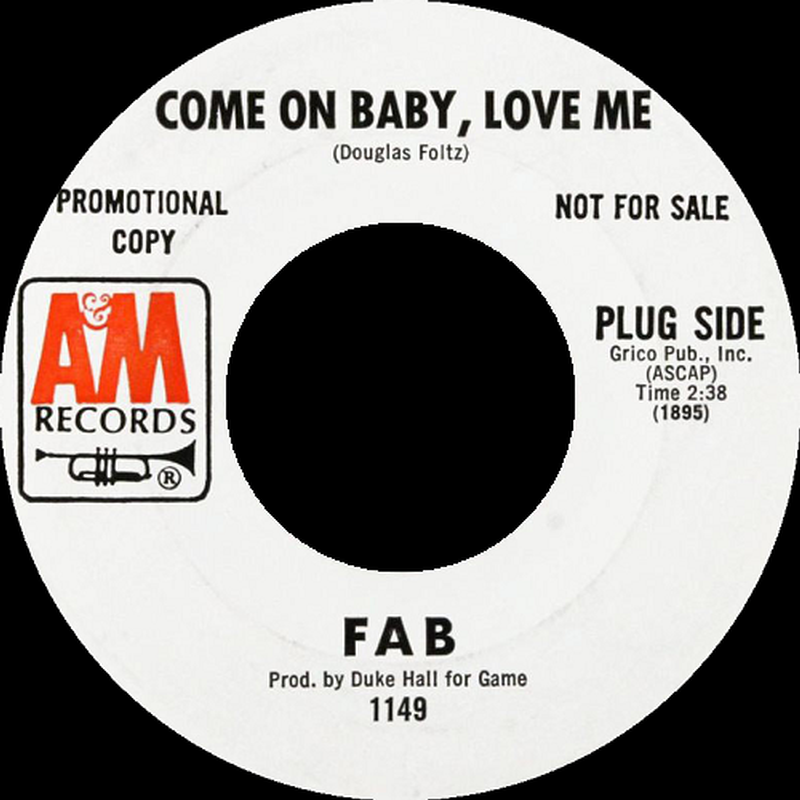 Very little is known of this North Carolina artist other than one single (the outstanding 'Come On Baby, Love Me' b/w 'Restless') was issued on the A&M label in late 1969, with both songs credited to Douglas Foltz and produced by Duke Hall. Foltz, who's nickname was "Fab", had previously sang and played piano in the Winston-Salem band Words Of Luv from 1966-67, so this record is presumed to be a later solo effort by him.

Come On Baby, Love Me