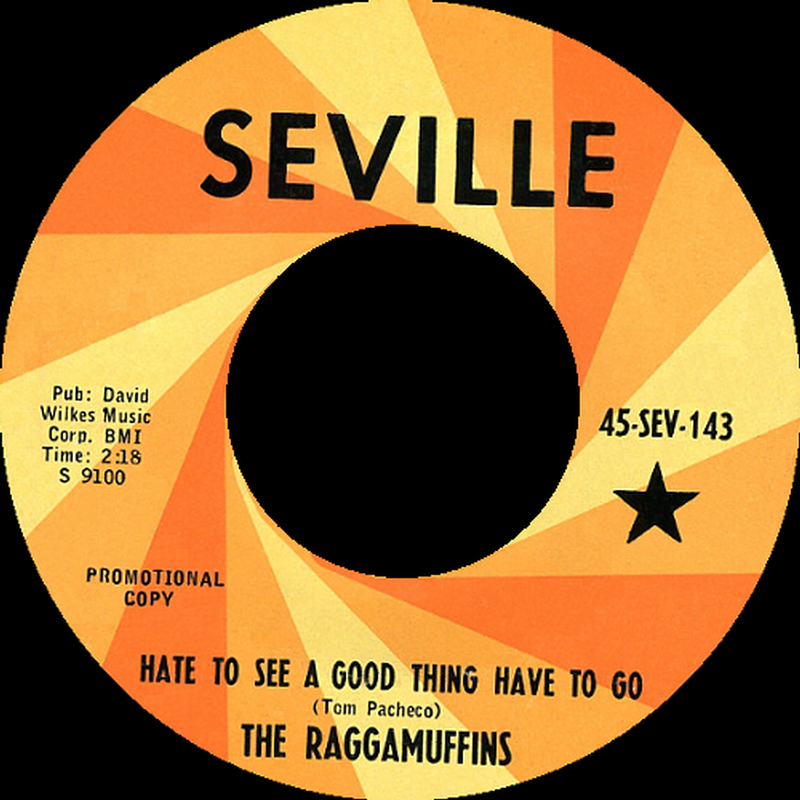 This Big Apple band sounds more like they should have hailed from San Francisco versus the East Coast. They were formed in 1965 by Tom Pacheco (guitar, vocals) who had moved from Massachusetts to study at Hofstra University on Long Island. Other members included Paul Pacheco (bass), Larry Vera (drums), Sharon Alexander (vocals), Kenny Pine (guitar) and John Hall (guitar).

They released two singles on the local Seville label in 1967 and apparently opened up for the Jimi Hendrix Experience on a number of occasions. Their poppy, but trippy second 45 ('Hate To See A Good Thing Have To Go' b/w 'Parade Of Uncertainty') issued in the summer of '67 is quite good, with both tracks on the record written by Pacheco.

Hate To See A Good Thing Have To Go

This compilation CD contains the following songs by this artist that are played on TWOS:
- Parade Of Uncertainty

This compilation CD contains the following songs by this artist that are played on TWOS:
- Hate To See A Good Thing Have To Go
- Parade Of Uncertainty