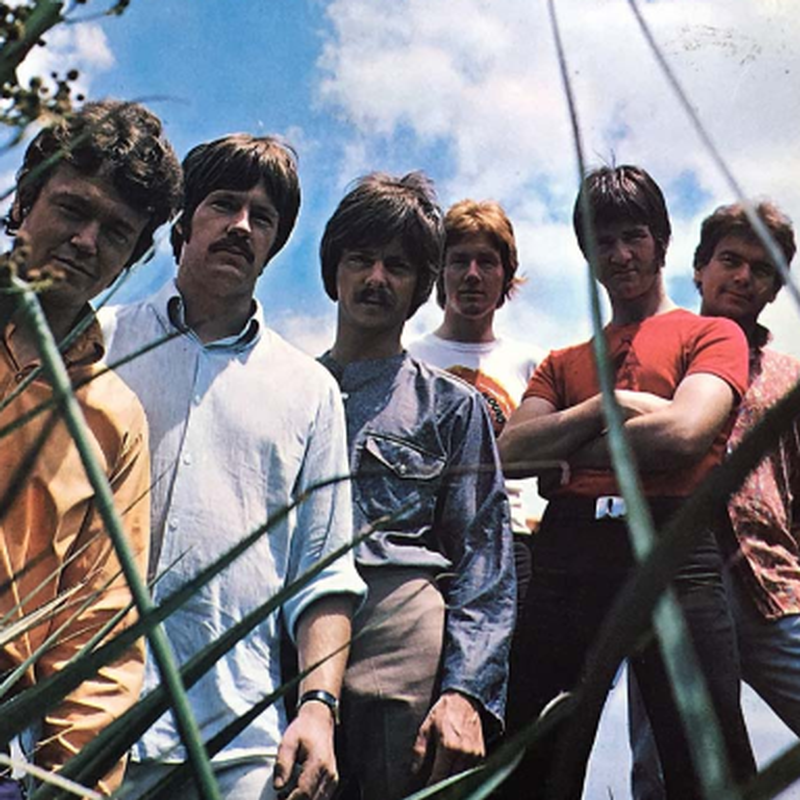 Along with the Easybeats and Masters Apprentices, the Twilights are considered by most to have been one of the best Australian rock groups to come out of the 1960s. The band had excellent stage presence, was extremely popular amongst the teen set, and released several successful records throughout the reign of their existence.

The group hailed from the town of Elizabeth, a northern suburb of Adelaide. They were inspired to form in late 1964 by The Beatles, and in particular their film A Hard Days Night. They were also heavily influenced by other English bands like the Small Faces, Hollies and Who, receiving packages of records from the U.K. via their relatives, who helped keep them abreast of the latest musical trends of the time. Original members included Glenn Shorrock (lead vocals), Peter Brideoake (rhythm guitar, vocals), Terry Britten (lead guitar, vocals), John Bywaters (bass), Clem "Paddy" McCartney (lead vocals) and Frank Barnard (drums). Bernard didn't last that long however and was soon replaced by Laurie Pryor (drums) in early 1965. It was this lineup that would remain intact throughout their entire existence.

It wasn't long before the band struck a nice deal with Columbia records and issued their first 45 ('I'll Be Where You Are' b/w 'I Don't Know Where The Wind Will Blow Me') in the summer of '65. In late '65, the band relocated to the capitol city of Melbourne where they quickly gained a strong live following, consistently selling out their gigs at the popular clubs around town. In the summer of 1966, they released a cover of the Motown song 'Needle In A Haystack', which became a #1 smash in the Land of Oz. This success prompted the release of their debut, self-titled LP late in the year, which includes original compositions, songs specifically written for them by Barry Gibb of the Bee Gees and Hans Poulsen, along with covers of some of their favorite U.K. acts like the Rolling Stones, Moody Blues and Yardbirds.

After winning a major band competition in late '66, the Twilights received free passage to England on a cruise line as the grand prize. There they garbed the latest Carnaby Street fashions and dove head first into the swingin' London scene. Although they initially had high aspirations for success there, they were immediately shocked and dismayed by the extremely high quality of the British groups they encountered, even the lesser known and more obscure ones. One major achievement that they did garner in the U.K. however, was the opportunity to play a week's residency at Liverpool's legendary Cavern Club to an energetic response. Thanks to their contract with EMI/Columbia, the band also had the opportunity to record at Abbey Road Studios, teaming with renowned producer and engineer Norman "Hurricane" Smith, who had been the engineer on almost all The Beatles earlier recordings and who went on to produce Pink Floyd's debut album The Piper At The Gates Of Dawn and the Pretty Things' classic psychedelic concept album S.F. Sorrow. The Fab Four themselves were there at that time recording their classic single 'Penny Lane', which the Twilights were invited to sit in and observe the sessions.

Early 1967 saw the band score another Australian Top 10 hit with 'What's Wrong With The Way I Live', which was recorded during the aforementioned Abbey Road sessions and written specifically for the Twilights by the Hollies. For a short time, it even looked as though the single would make it into the British charts, but just as it was gaining momentum, it was stifled by the release of the Hollies' own version, which EMI issued despite an earlier agreement not to. Extremely disappointed, the Twilights decided to return on the next boat home without telling their manager Gary Spry, who was back in Australia. Spry reportedly phoned over to England to tell them that they had been booked to appear on Top of the Pops, Britain's leading music TV show, only to find they had already been at sea for a week. The changes in the band's look, attitude and musical accomplishment upon returning to Australia were exemplified by the increasing dominance of Britten's songwriting. Of all the members, Britten was most effected by the psychedelic influences of London and his rapid creative growth during this time saw him assume the role of chief songwriter and leader. Like his hero George Harrison of The Beatles, Britten embraced elements of Eastern philosophy and religion, and introduced exotic instruments and musical forms into the Twilights' music, including the use of the sitar as a lead instrument on their track 'Time And Motion Study Man'.

In 1968, the group almost got their own TV show to be titled "Once Upon A Twilight", which was to be modeled after the Monkees' U.S. sitcom, but the project was cancelled after the making of the pilot episode. It did however give inspiration for their psychedelic LP of the same title, which was released in the summer of that year. The album set new production and packaging standards in Australia for pop music and was one of the very first Australian pop LPs to be released in both mono and stereo. It was also issued in a lavish gatefold cover, which included die-cut pop-up figures of the band members. The record is quite good, containing a handful of dreamy standout tracks featured here on TWOS, but surprisingly sold poorly at the time, signaling a decline in the group's popularity. A final single ('Sand In The Sandwiches' b/w the outstanding 'Lotus') was issued towards the end of '68, but it too failed to chart or get radio play, prompting the band to call it quits in early 1969. Shorrock of course went on to become a key member of the Little River Band in the mid 70s and continues to perform strongly as a solo artists to this day.