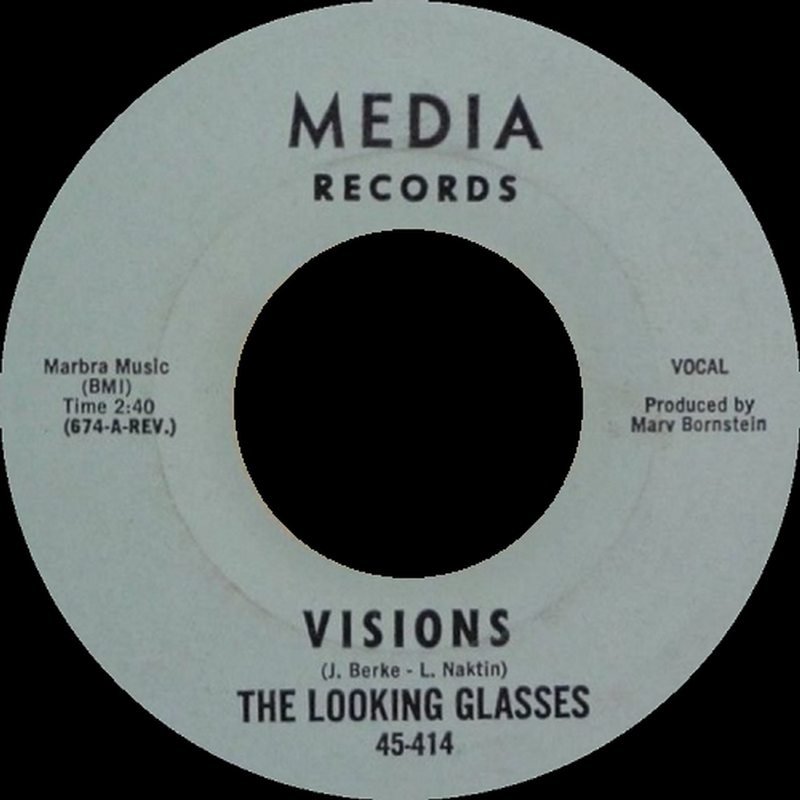 Not much is known of this obscure L.A. area group that released one single ('Visions' b/w 'Migada Bus') on the Media label in the summer of 1967. It should be noted that an alternate version of the A-side with different lyrics titled 'Kathy's Dream' was also issued on the same label and catalog number under the shorter "Looking Glass" moniker a few months earlier. The latter, more polished version was also subsequently reissued by them on the Independence label in the fall of '67, but under the band name the Clouds.