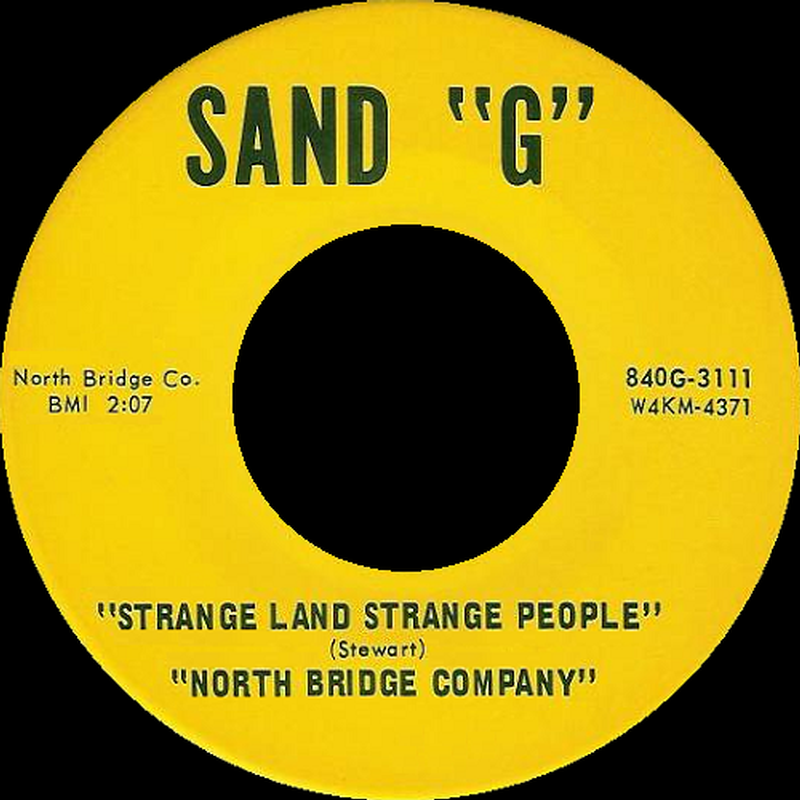 Sometime prior to the recording of their 45 (at Golden Voice Studio in Pekin, IL), Somerville was replaced by Gary Shawgo (lead guitar, backing vocals). The awesome, baroque style A-side of the Sand "G" release was penned by Stewart. As a side note, Somerville later went on to become a member of Head East in 1973.

This compilation CD contains the following songs by this artist that are played on TWOS:
- Strange Land Strange People