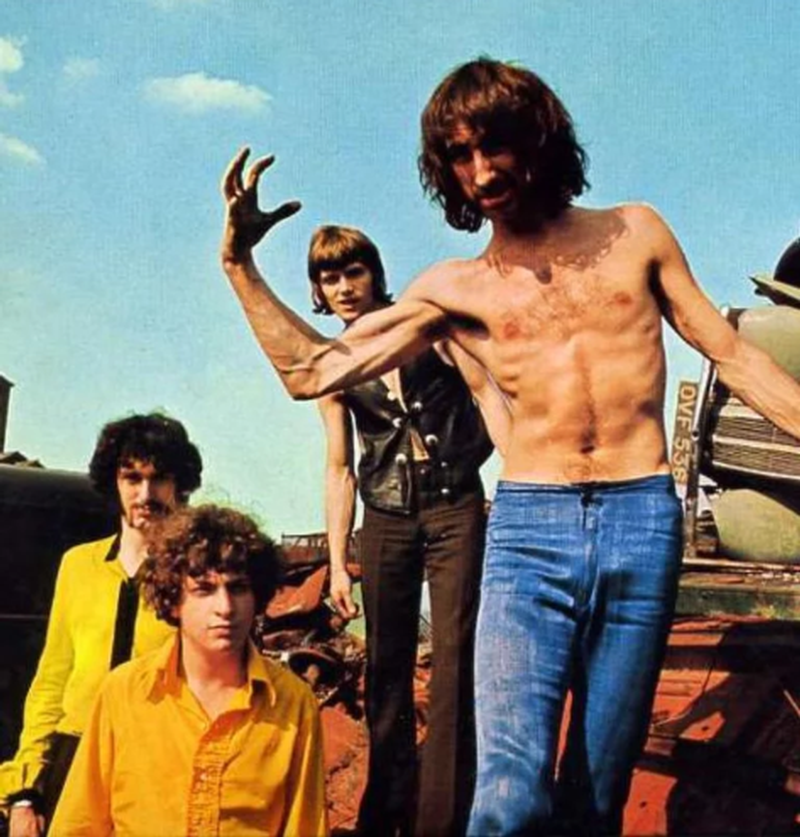 Arthur Brown, born Arthur Wilton in Whitby, England on June 24, 1944, is considered by many to be one of the more memorable figures of the British 60s psychedelic era. He combined an atypical, keyboard laden sound, mostly absent of guitars, with an over the top stage show that was unlike most of anything at the time. Although some of his music sounds almost satanic, screaming of "hell fire", few people realize that he is actually a devout Christian.

His professional music career started in 1965 with the release of the bluesy 'You Don't Know', which is credited to Arthur Brown & The Diamonds. In 1966, as the Arthur Brown Set, he contributed to the soundtrack of the Roger Vadim French film La Cure, which was released in the U.S. under the title The Game Is Over and stars a young Jane Fonda.

The Crazy World Of Arthur Brown was originally a trio formed by Brown (vocals) in 1967 with other members Vince Crane (keyboards) and Drachen Theaker (drums). Session player Sean Nicholas aka Nick Greenwood (bass) was added to the ensemble towards the end of that year. They made a name for themselves playing London underground clubs like the UFO with a flamboyant stage act that often involved Brown parading around in a flaming helmet, outlandish costumes and bizarre facial makeup. They also made an appearance at the now famous 14 Hour Technicolour Dream event at Alexandra Palace.

Their debut single ('Devil's Grip' b/w 'Give Him A Flower') made little impact, but the May, 1968 follow up 45 (the very unique but catchy 'Fire' b/w 'Rest Cure') hit big across the world, reaching #1 in the U.K. and #2 in the U.S. In June, 1968, the group released their one and only self-titled LP, which was co-produced by the Who's Pete Townshend. The album includes 'Fire', which is the centerpiece of a mini rock opera that makes up side one of the record. As a side note, Townshend also played rhythm guitar on the track 'Rest Cure', but his contribution was almost completely mixed out of the final production.

At the peak of their popularity, Crane and Theaker left and were replaced by Pete Solley (keyboards) and former Craig member Carl Palmer (drums). It was this lineup that was captured in the infamous British Top of the Pops video, which features the band wearing weird masks, hooded robes and Brown dancing around crazily with his head in flames. During the summer of 1968, the band was in high demand, making several TV appearances and playing numerous music festivals in England and Europe. They even toured the U.S., supported by the huge success of 'Fire'. The band's popularity was short-lived however when a follow up single failed to chart and Brown was sued by two of his friends (Mike Finesilver and Peter Kerr), claiming he had ripped off the tune 'Fire' from their song 'Girl'. Although Brown ended up losing the suite and paying out a ton of royalties, many still argue that the two songs are not much a like at all.

By the end of 1968, the return of Crane on keyboards wasn't enough to revitalize the band and in fact helped spell its demise. A third tour of the U.S. was greeted by slow ticket sales and at its tail end, Crane, along with Palmer took a plane back to the U.K. with half the band's equipment and formed Atomic Rooster with bassist Nick Graham. Carl Palmer of course went on to become hugely successful as a member of the 70s super-trio Emerson, Lake & Palmer. Brown forged on through the late 60s and early 70s, forming the moderately successful band Kingdom Come and still continues to perform on occasion to this day.