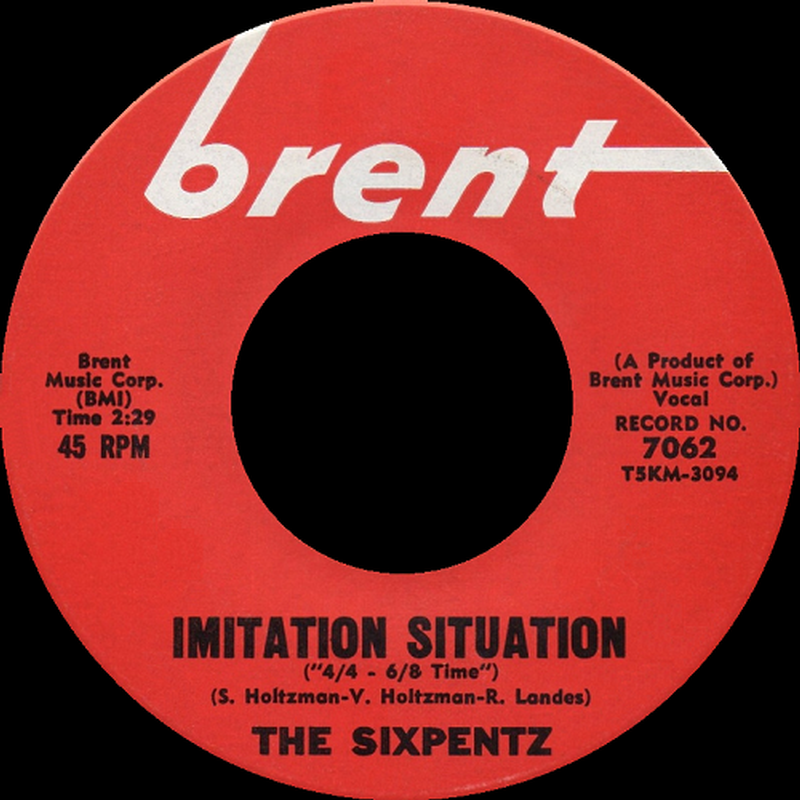 This Houston outfit formed as the Six Pents in 1965 with original members Richard Bain (lead vocals), Rock Romano (guitar, vocals), Paul Guillet (lead guitar), D.J. Greer (piano, guitar, vocals), John T. Bonno (bass) and Mike Gemo (drums). They issued three singles under that moniker on various local labels between '65 and 1966 before changing their name to the Sixpentz for two more 45s that were issued on the Brent label between late '66 and 1967. Sometime before the switch, a few personnel changes occured with Bain and Gemo being replaced by Sam Irwin (lead vocals, recorder, tambourine) and Carson Graham (drums). Their first single as the Sixpentz ('Imitation Situation ("4/4 - 6/8 Time")') is an excellent pop-psych number that includes some unexpected and highly original tempo changes. It should be noted that the track was actually co-penned by the local area production and song writing husband and wife team of Scott and Vivian Holtzman, along with Rob Landes of Fever Tree. Later in '67, the group changed their name again to the Fun And Games Commission, due to another group in the area being called the Sixpence, and issued two singles under that moniker before shortening it to the Fun And Games.

This compilation CD contains the following songs by this artist that are played on TWOS:
- Imitation Situation ("4/4 - 6/8 Time")