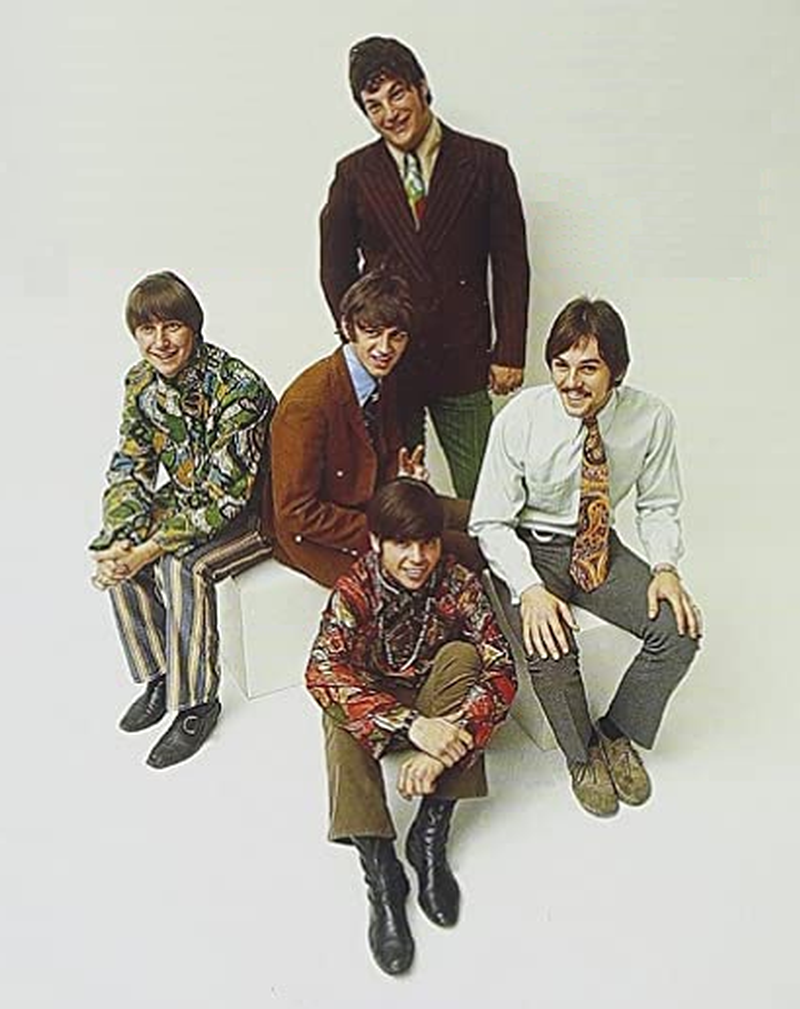 The question of who was the "real" Ohio Express is difficult to answer. The first record credited to the band was 'Beg, Borrow And Steal', a U.S. and Canadian Top 40 hit in late 1967; however, exactly the same record had initially been issued by the Rare Breed in early 1966 on the Attack label. With no group available to promote the single by playing live dates, Super K Productions hired a Mansfield, OH band known as Sir Timothy & The Royals and renamed them the Ohio Express. The lineup consisted of Doug Grassel (rhythm guitar), Dale Powers (vocals, lead guitar), Dean Kastran (bass), Jim Pfahler (keyboards) and Tim Corwin (drums). However, of the "official" group members, only Dale Powers (lead vocals) appeared on the second single credited to the Ohio Express, a version of 'Try It', which had previously been recorded by the Attack and the Standells.

The group soon recorded an LP titled Beg, Borrow And Steal, mixing the original Rare Breed title track with songs recorded by the Ohio Express touring group, as well as tracks recorded by Super K staff musicians with vocals by Powers. The album came out on Cameo-Parkway Records of Philadelphia in the autumn of 1967. Unfortunately, the record label went into bankruptcy shortly after that and was purchased by music business mogul Allen Klein, who still owns the masters to this day. Two songs on the Beg, Borrow and Steal LP, 'I Find I Think Of You' and 'And It's True', were actually recorded by the Kent, OH band the Measles, led by Joe Walsh, later of the James Gang and Eagles. In addition, the Measles recorded an instrumental version of 'And It's True' (retitled 'Maybe'), which was placed on the flip side of the 'Beg, Borrow and Steal' single.

The Ohio Express then moved to the home label of bubblegum pop, Buddah Records, where Joey Levine (who had co-written 'Try It') generated new material for the band at the behest of Buddah's Super K Productions. He recorded a demo version of the track 'Yummy Yummy Yummy' with Super K staff musicians and his own guide vocal for the Ohio Express to record over; however, Buddah head Neil Bogart liked the demo enough that he released the record "as is", with Levine's vocals intact and no input at all from the touring version of the Ohio Express. The song became an international smash hit, peaking at #4 in the U.S., #5 in the U.K., #5 in Ireland, #7 in Australia and #1 in Canada. The success of the Levine led "Yummy" set a pattern for the Ohio Express. They released four LPs and a multitude of singles for Buddah between 1968 and 1970, but the "official" group that appeared on album sleeves and at live shows contributed not a single note to their hit singles. The awesome deep cut 'First Grade Reader' featured here on TWOS can be found on their 1968, self-titled third LP and was performed by the actual band and written by Kastran. For the year following the release of "Yummy", all Ohio Express singles were co-written and sung by Levine, with musical accompaniment by anonymous New York session musicians. Under this arrangement, in 1968 and 1969 the group scored three more Top 40 hits in the U.S., Canada and Australia with 'Down At Lulu's', 'Chewy Chewy' and 'Mercy'. "Chewy" was the group's second million seller by March of 1969.

It's interesting to note that there are zero known occasions of Levine performing with the "official" Ohio Express quintet, either live or in the studio. The five lads from Ohio, meanwhile, could only be heard on a few of the album tracks. Allegedly, the touring group was not even informed of the existence of 'Chewy Chewy', the new single that had come out under their name, and when fans requested it at a live show, they were consequently unable to play it. After five straight singles co-written and sung by Levine, he grew dissatisfied with the amount of money he was receiving from his production deal and left Super K Productions in early 1969. The company then turned to other hands to write, produce and perform Ohio Express singles with the Ohio touring quintet not being among them. After Levine left, the Ohio Express never again made the Top 40 in North America, although three 1969 singles made the lower reaches of the U.S. and Canadian singles charts. One later minor hit single ('Sausalito (Is The Place To Go)') was co-written and sung by Graham Gouldman, and performed by the four musicians who would later make up 10cc. Another late single ('Cowboy Convention') bubbled up into the Australian Top 40, peaking at #38. By 1970, with the hits having stopped, the group name Ohio Express was quietly retired.

This compilation CD contains the following songs by this artist that are played on TWOS:
- First Grade Reader