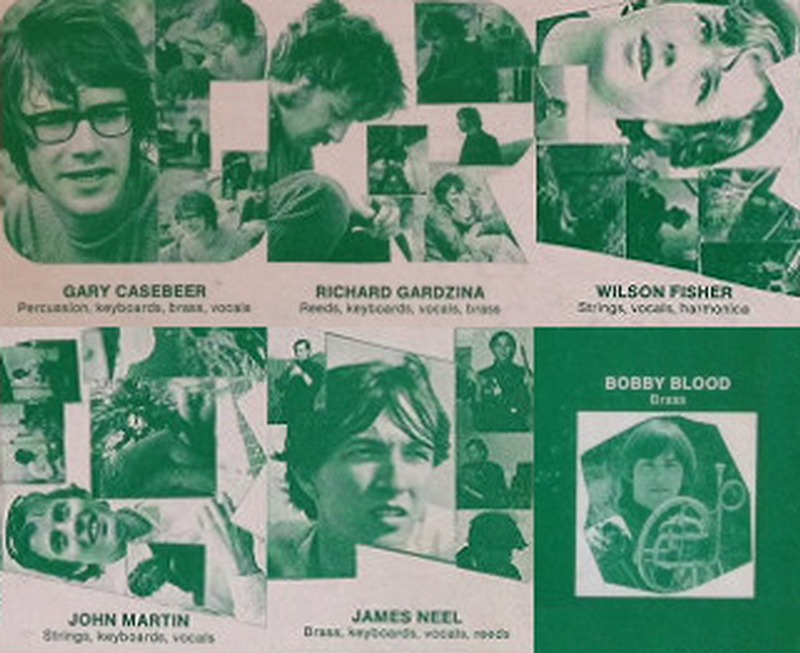 Green's self-titled, debut LP was released in 1969, produced by veteran songwriter and composer Fred Darian, and features some interesting, irregular rhythms and well placed horns. Highlights on the record include 'Where Have I Been' and the fast-paced 'RCMPB'. A follow up LP (To Help Somebody) and supporting single were issued in 1971, which have a more straight-forward, country-rock sound. By this time, Blood and Neel had left and James Pruitt (piano, brass, vocals) and his wife Kathy Kelsey Pruitt (cello) were brought in to fill the gap. Unfortunately, both records struggled commercially and the band called it quits in the early 70s.