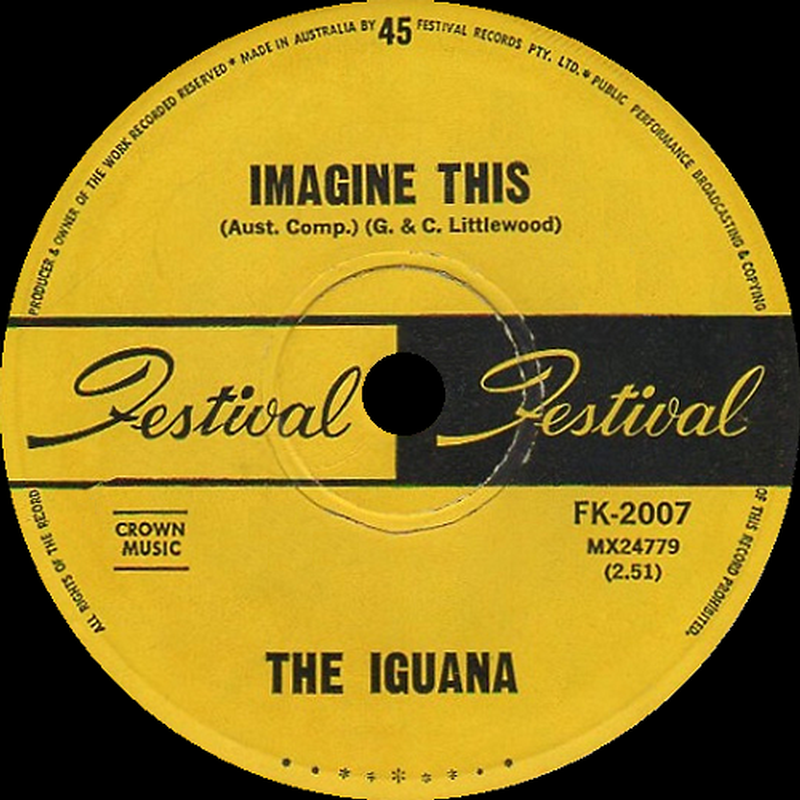 All in all, the Iguana issued four singles between 1967-69 and an LP titled California My Way in 1968, all on the Festival label. 'Imaging This', which was written by the Littlewood brothers, appears on the A-side of their first 45 and is an excellent example of pop-psych from the Land Down Under.

This compilation CD contains the following songs by this artist that are played on TWOS:
- Imagine This