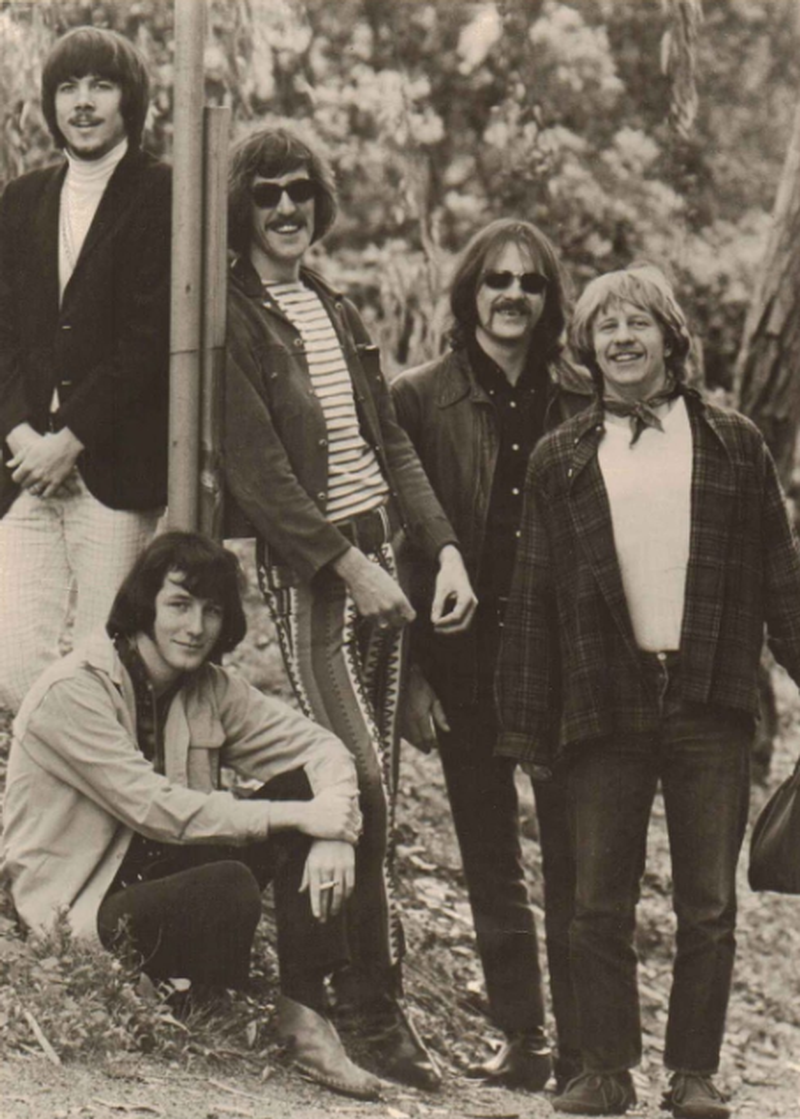 The band's origins can be traced to El Paso, TX where in 1965, Duncan and Davis met each other and became fast friends while playing in a group called the Pawns. Getting word that the Pawns were going to be playing a gig in Farmington, NM, Coloradoans Jimerfield and McElwaine took a road trip down south to check them out and were very impressed. At 26, Jimerfield was a bit more seasoned, having previously played in the Obvious and appearing on the L.A. show Hullabaloo, as well as more recently fronting his own band called the Lords Of London back in Colorado. Citing his L.A. connections, Jimerfield soon convinced Duncan and Davis to quit the Pawns and relocate to Durango, CO where they could stay at his parents' motel and form a new ensemble. The band rehearsed there for a couple of months and soon decided they needed to add a second guitar player. Duncan and Davis suggested Russ, who they knew from their El Paso days. The group was completed when Russ agreed to move up to Durango and join the fold.

By 1968, they had moved back to L.A., shortened their name to the Legend and signed with the local label Megaphone, releasing three 45s and a full length, self-titled LP. The album contains mostly pre-psychedelic covers, and according to Duncan, the instrumentation was mostly played by non-group session musicians. However, the second 45 released as the Legend, contains two excellent non-LP originals ('Portrait Of Youth' b/w 'Enjoy Yourself'), which were later significantly redone and appear again on the Dragonfly LP. Unfortunately all of the records fell flat in sales and the band again moved back to Colorado, where they continued to remain a well received live act. At around this time, McElwaine left the group and was not replaced.

In the latter half of 1968, the same executives who represented the Legend recordings, saw the band playing at their old haunt, the Denver Family Dog, and were now further amazed by their originality and musicianship. This time, the record execs promised to allow the band to cut an LP of original material, so they packed up again for L.A. and recorded what was to become the Dragonfly LP at Amigo and I.D. Studios in North Hollywood. This album is absolutely amazing and includes several outstanding, harder psychedelic originals, most of which are played on TWOS and credited to the Dragonfly moniker. At the time of release, the record did get some modest airplay on L.A. radio, but unfortunately it didn't sell well and the group broke up soon after its release. Jimerfield has since passed away, but Duncan, Davis and Russ are still active musicians to this day.