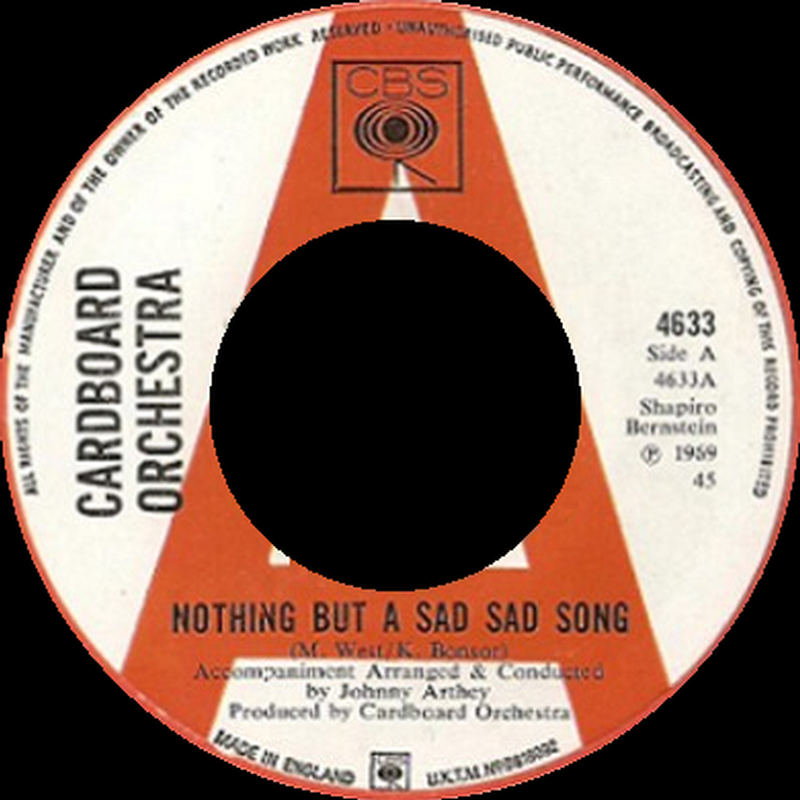 Not much is known of this southeastern U.K. outfit that issued two 45s on the CBS label in 1969. Members included Keith Bonsor (vocals, guitar, keyboards), Mark "Wooly" West (vocals), Vic Collins (bass), and a person only known as "Roger" on drums.

Bonsor was a gifted multi-instrumentalist who had previously played in the R&B band the Essex Five and then in 1967, landed a job with U.S. music publishers Shapiro Bernstein Music Ltd. A few months later, he opened his own studio in which a young Andrew Lloyd Webber was employed as an arranger. In 1969, he pitched a studio only music project to CBS Records, which liked the idea and christened the Cardboard Orchestra. Their debut single titled 'Zebedy Zak' was released in the spring of '69, but it's the follow up 45 ('Nothing But A Sad Sad Song' b/w 'Yes I Heard A Little Bird') issued towards the end of the year that really swings. Unfortunately neither record sold that well prompting the group's rapid demise.

Nothing But A Sad Sad Song

Yes I Heard A Little Bird

This compilation CD contains the following songs by this artist that are played on TWOS:
- Yes I Heard A Little Bird

This compilation CD contains the following songs by this artist that are played on TWOS:
- Nothing But A Sad Sad Song