From: Portland, OR, USA 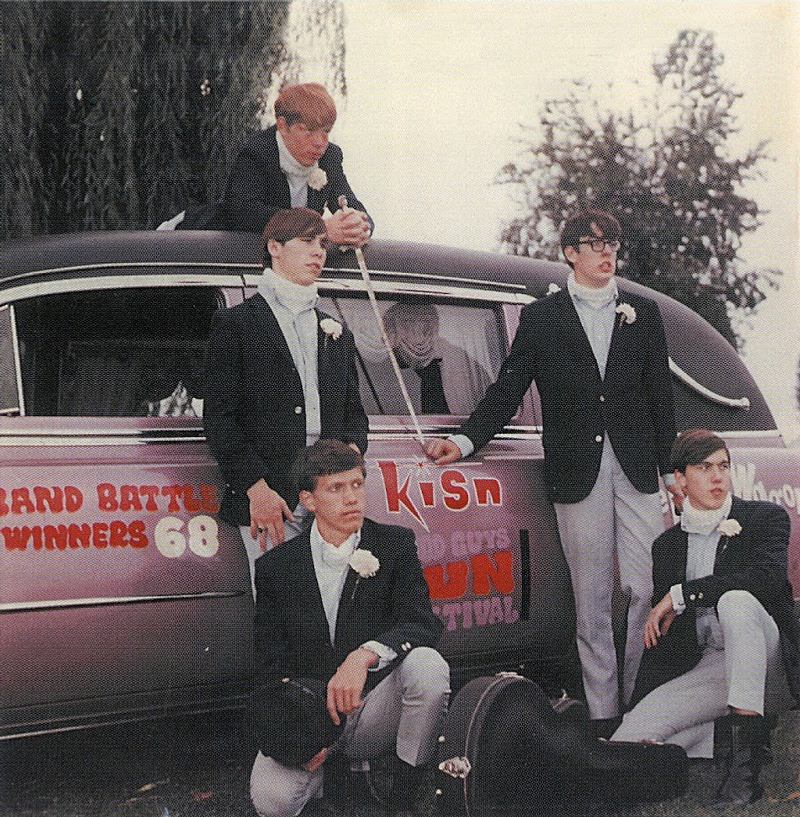 This Portland based band was formed during the summer of 1966 by brothers Bob (drums, backing vocals) and Eric Anderson (keyboards, backing vocals), along with Peter Belknap (lead vocals, rhythm effects), Ed Wallo (guitar, backing vocals) and Mark Hartman (bass). In June of 1968, the group earned some local fame by winning KISN radio's "Teenfair Battle of the Bands" contest and, as shown in the picture, received a 1954 custom purple Cadillac hearse as the grand prize.

By 1970, the band had lost Hartman to the Vietnam War draft and replaced him with Dennis Steindle (bass, vocals) for the recording of an LP titled Last Laugh. The album was issued in early '70 on the obscure Band N Vocal label and includes the standout track 'Love Day For Day'. Unfortunately, the group had already split up by the time of its release, prompting it to not get promoted and therefore sell very poorly.