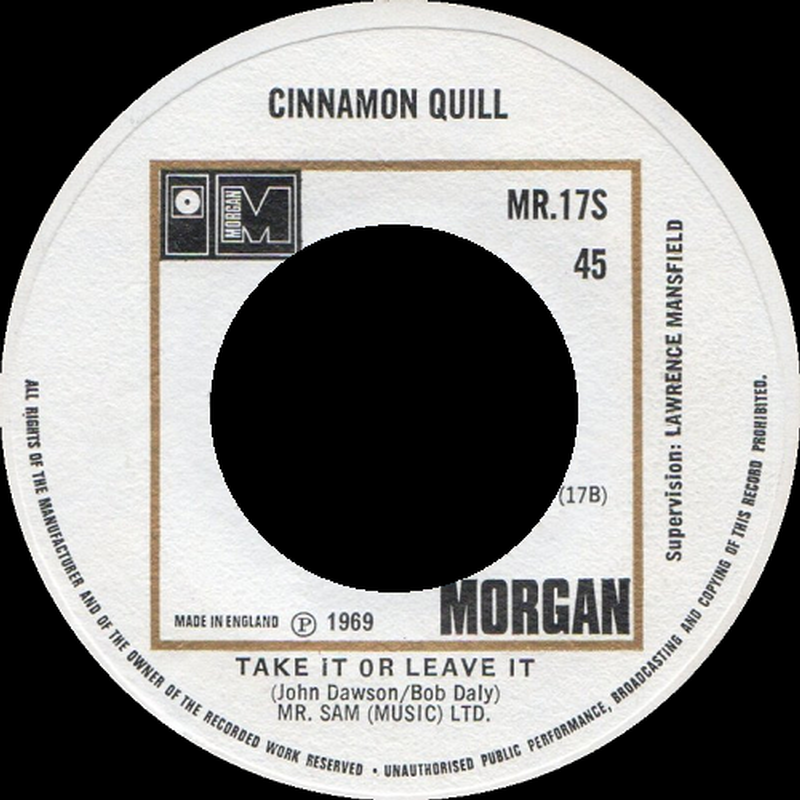 This Birmingham band was formed back in 1963 by Bob "Noddy" Davies (guitar, vocals) and was originally named the Vacant Lot and then Katz. Other members included Brian Webster (lead guitar), Ted Lancaster (bass, vocals) and Robert "Daly" Dalnoki (drums).

After changing their name to Cinnamon Quill, they released two 45s in 1969 on the Morgan label. The high energy and very poppy 'Take It Or Leave It' appears on the B-side of their first record and is credited to John Dawson and Bob Daly.

Artist information sources include: The liner notes in the CD, 'Psychedelic Pstones III: House Of Many Windows'.

Take It Or Leave It

This compilation CD contains the following songs by this artist that are played on TWOS:
- Take It Or Leave It