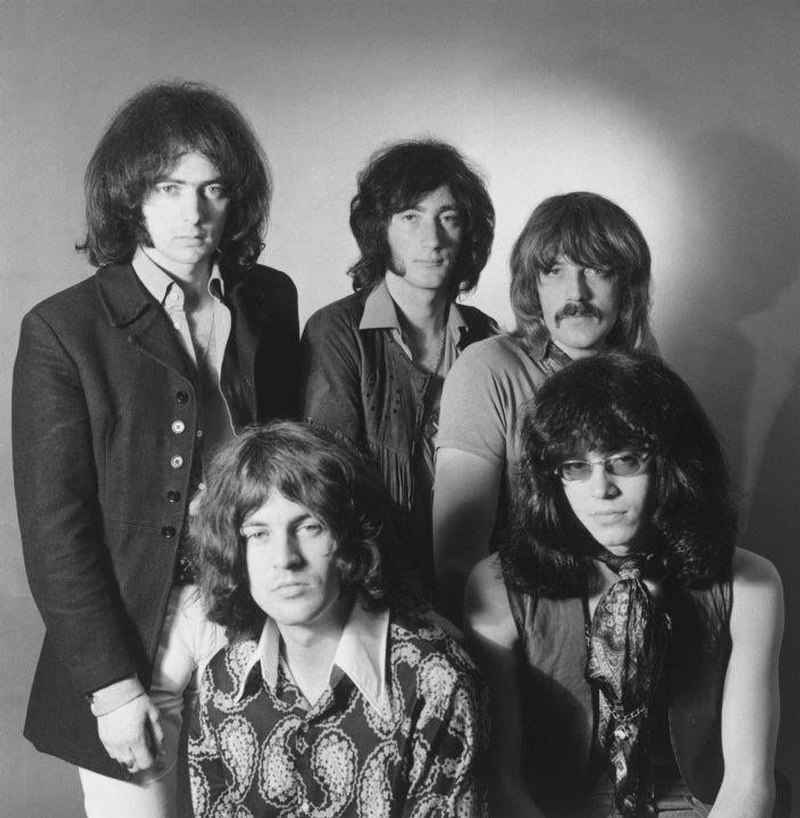 Most view Deep Purple as the heavy hard rock band that packed arenas in the 70s and 80s, but typically only hardcore fans, and of course TWOS, journey back to their late 60s work, which is much more psychedelic, progressive and, in some places, even quite poppy. Along with Led Zeppelin and Black Sabbath, Deep Purple is considered by many to have been one of the pioneers of hard rock and heavy metal, although the band has always hated the classification "heavy metal" and still refuses to be labeled as such.

The group's genesis can be traced back to 1967 when former Searchers drummer Chris Curtis pitched the idea of creating a unique musical ensemble he called "the Roundabout" to London businessman Tony Edwards. Like an English traffic roundabout, the band would rotate members in and out, invoking a refreshing sense of dynamic. Edwards was impressed by the idea and agreed to finance the venture with two business partners: John Coletta and Ron Hire (Hire-Edwards-Coletta - HEC Enterprises). The first recruit for the project was the classically trained John Lord (organ, keyboards), who had previously played in the Artwoods (led by Art Wood, brother of future Rolling Stones guitarist Ronnie Wood). Soon to follow was Ritchie Blackmore (guitar) and then an old friend of Lord's, Nick Simper (bass, vocals). The lineup was completed with Rod Evans (lead vocals) and Ian Paice (drums), not before Curtis dropped out of the project. After a brief tour of Denmark in the spring of 1968, Blackmore suggested changing their name to Deep Purple, which was his grandmother's favorite song. It should also be noted that around this time, Blackmore, Lord and Paice briefly backed up the duo Sun Dragon on their records.

In the early summer of 1968, the band released their first single (the Joe South penned 'Hush' b/w the excellent 'One More Rainy Day'). 'Hush' became a huge hit in the U.S., peaking at #4, but surprisingly didn't chart at all in the U.K. This prompted their first LP (Shades Of Deep Purple) to be first issued in America later that summer, about two months before it was finally released in the U.K. The album also did well in America, hitting an impressive #24 on the charts, but again made little impact in Britain.

In the fall of 1968, the group released their second LP (The Book Of Taliesyn) in the U.S. a full nine months before it was issued in the U.K. This album includes the outstanding 'Shield' and also an interesting cover of Neil Diamond's 'Kentucky Woman', which was released as their second single in December, 1968 and became a minor hit again only in the States. As a side note, the digital reissue of this album contains the excellent track 'Oh No No No', which is an outtake from the "Taliesyn" sessions and was penned by Mike Leander and Leon Russell. By this time, the band was touring heavily in the U.S., becoming far more popular there than in their home country of England.

The early summer of 1969 saw the release of a third self-titled LP, again first appearing in the U.S. about five months before it was finally released in the U.K. This album includes an impressive cover of Donovan's 'Lelana', but overall it failed to make an impact on either side of the Atlantic. This lack of commercial success prompted the departure of both Simper and Evans who were replaced by Ian Gillan (lead vocals) and Roger Glover (bass, vocals), both previous members of the Episode Six.

The early 70s saw the new lineup of Deep Purple take a turn towards a more heavy and basic hard rock sound. It also saw their popularity shift to a stronger following in the U.K. than in the U.S. Their 1972 LP Machine Head was a huge seller on both sides of the Atlantic and includes the hard rock classics 'Smoke On The Water', 'Highway Star' and 'Space Truckin''. The band lived through various personnel changes and continued to release commercially successful LPs and sell out concerts worldwide until they finally split in mid 1976. In 1984, the early 70s lineup successfully reunited and released the huge selling Perfect Strangers LP. The group continues to release records and tour in front of thousands of adoring fans to this day.

Oh No No No

This is the U.S. cover of the LP. Although all tracks are the same, the U.K. cover is different and was released two months later in September, 1968 on Parlophone PCS-7055.