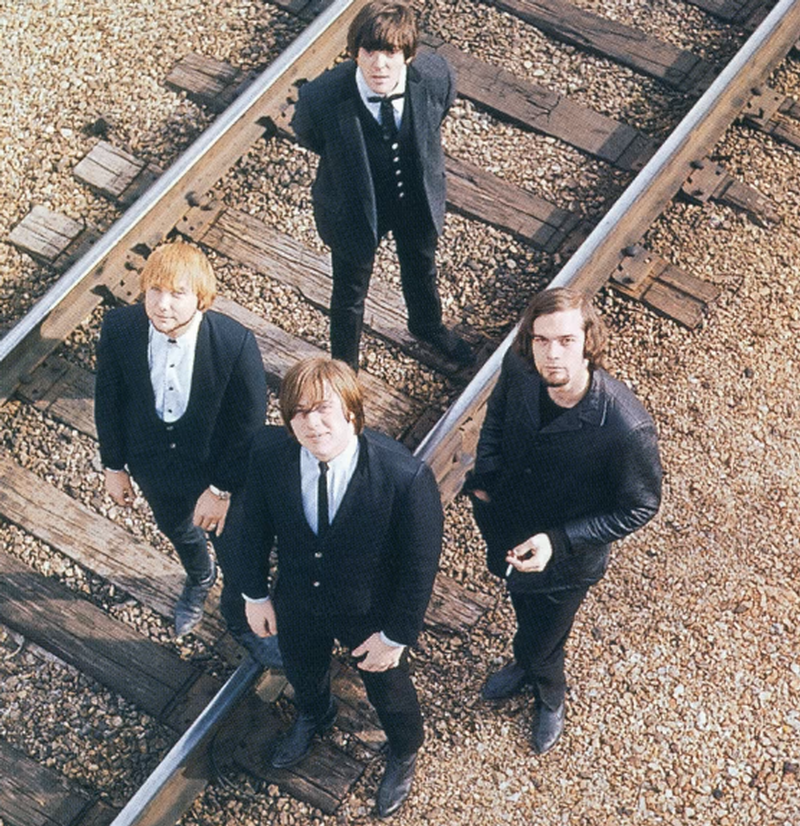 Originally known as the Blue Boys, this Kansas band was formed in 1964 by Fort Hays State University students Val Stöecklein (guitar, vocals), Mike Chapman (guitar), Richard Scott (bass) and Bobby Day (drums). In early 1965, they signed to the local Ruff label and changed their name to the Blue Things to avoid confusion and potential legal issues with Jim Reeves' backing group of the same moniker. They were initially a folk-rock group but were also influenced by the Merseybeat sound of the first wave of the British invasion.

After releasing a couple of 45s on Ruff, they scored a national record contract with RCA Victor, which issued their third single ('I Must Be Doing Something Wrong') and promoted the group as America's answer to the British Invasion in the fall of '65. The summer of 1966 saw the band issue a fourth single ('Doll House') followed by a self-titled LP. Not soon after the release of these records, the group's music became much more psychedelic upon listening to and being deeply inspired by The Beatles'Revolver LP. This evolution in sound is dramatically exemplified on their outstanding, late '66 single 'The Orange Rooftop Of Your Mind'. Not soon after, Stöecklein had a nervous breakdown and was replaced by Larry Burton (vocals). Also around this time, Richard Larzalere (drums) replaced Day and a few final 45s were issued in 1967, with an outstanding and highly original take of 'Twist And Shout' appearing on the flip side of their sixth single. Unfortunately, the band wasn't able to break nationally, and after RCA dropped them, they faded away into obscurity. Stöecklein did reemerge in 1968 however with a folk LP.

The self-titled LP expanded compilation includes all of the groups RCA Victor releases.