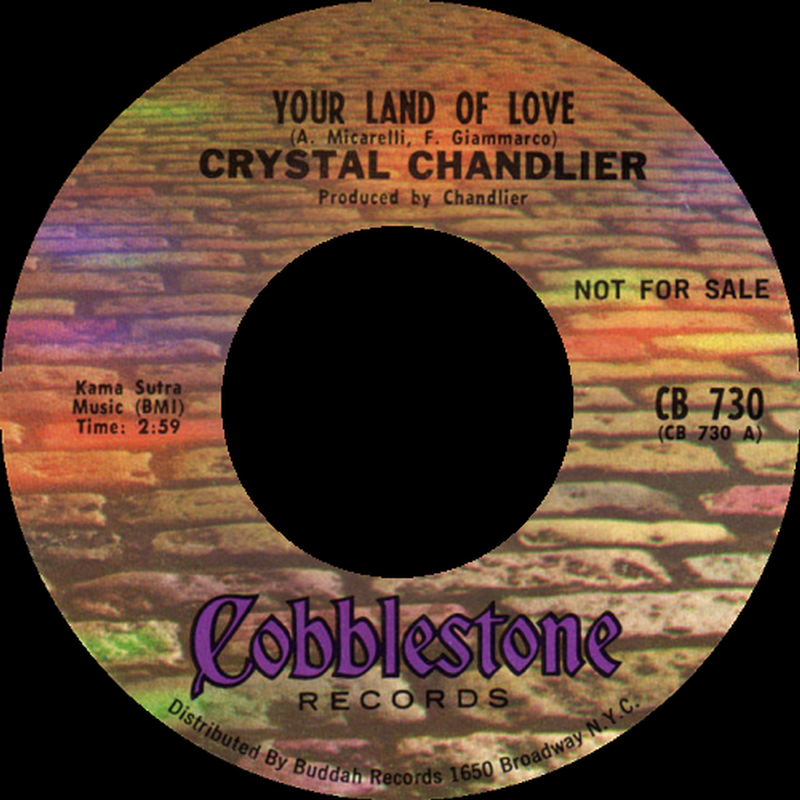 The group released two outstanding 45s in the late 60s. The first ('The Setting Of Despair' b/w 'It's Only You') was issued on United Artists in 1968, with the excellent A-side being a slower number written by Micarelli, which includes a great string arrangement. The second record ('Your Land Of Love' b/w 'Suicidal Flowers') includes an outstanding promo side ballad with a Spanish feel to it, while the flip is a bit more garagy, fortified with some great fuzz guitar and sounding a little like the Doors, with vocals mimicking Jim Morrison and keyboards in the vane of Ray Manzarek. This 45 was released on the local Cobblestone label in 1969 with both tracks co-written by Micarelli and Giammarco. It should also be noted that the band's moniker was misspelled "Chrystal Chandlier" on the record.

The Setting Of Despair

Your Land Of Love

This compilation CD contains the following songs by this artist that are played on TWOS:
- The Setting Of Despair

This compilation CD contains the following songs by this artist that are played on TWOS:
- Suicidal Flowers