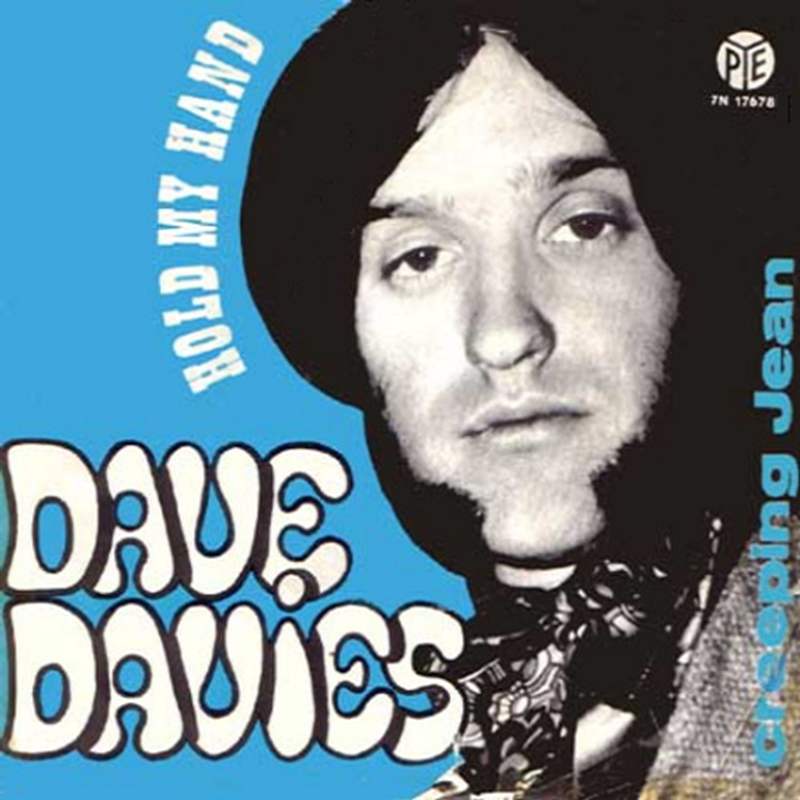 Dave Davies is best known for his trademark, hard-driving lead guitar and power-chord work in the high energy, British Invasion band the Kinks. What's lesser known is the solo career he embarked on while still in the Kinks during the late 60s. Although his brother Ray is always known for being the leader and primary song writer for the Kinks, Dave also penned a slew of great songs, some of which were issued at about the same time on both Dave Davies solo 45s and Kinks LPs.

Dave was born on February 3, 1947 in Fortis Green, London, England. In 1963, he and his older brother Ray started playing professionally together in the band the Ravens. By late 1963, Dave had left to form the Kinks with bassist Pete Quaife and Ray, although not joining right away, soon followed suit.

In the summer of 1968, a third solo 45 was released ('Lincoln County' b/w 'There's No Life Without Love') with the A-side written by just Dave and the B-side by both Dave and Ray. In early 1969, he penned and released a fourth and final solo 45 ('Hold My Hand' b/w the awesome 'Creeping Jean').

Dave continued to play with the Kinks into the mid-late 90s, most notably penning the great song 'Living On A Thin Line', which is included on the underrated, 1984 LP Word Of Mouth. Unfortunately, Dave suffered a major stroke in 2004, but has since partially recovered and is now able to play the guitar and sing again. A lot of fans, including TWOS are hoping that one day he will be able to join back up with Ray and the rest of the Kinks for a long overdue reunion.