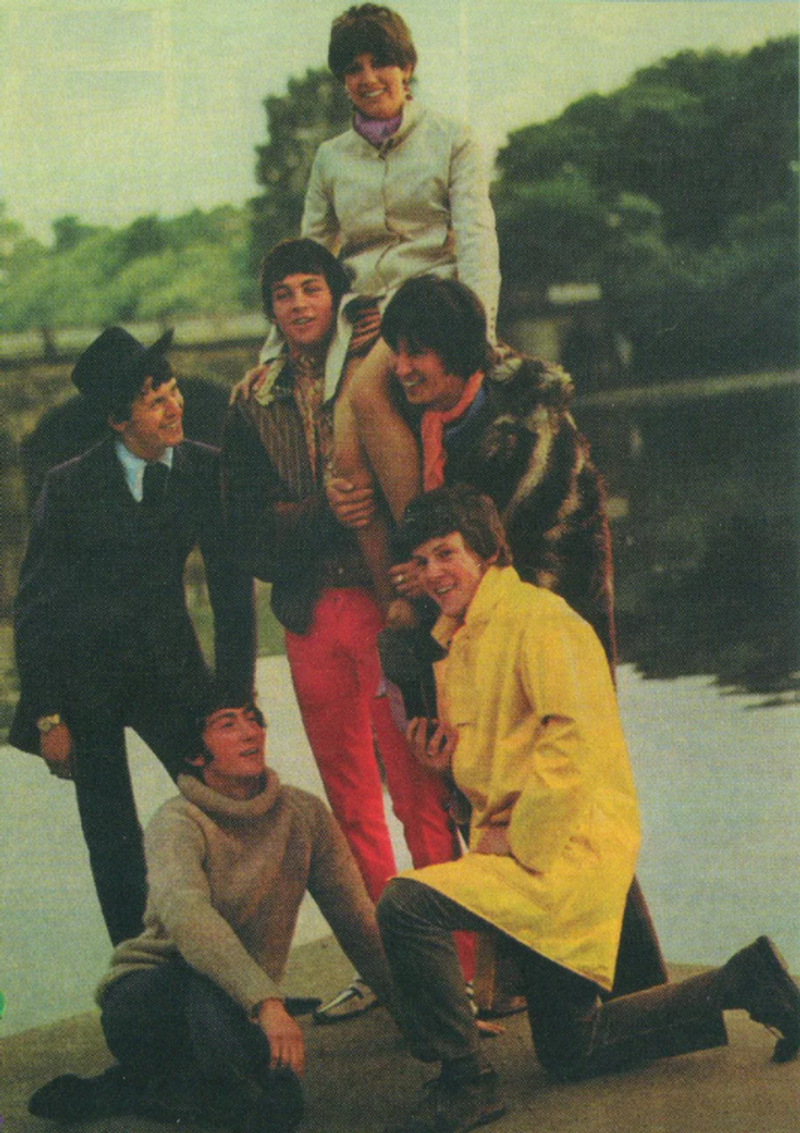 Most known for including both Roger Glover (bass) and Ian Gillan (vocals) before joining Deep Purple, the London area Episode Six formed in 1965 and managed to release 10 British singles throughout the late 60s, with three of them becoming Radio London Top 10 hits, but still found it difficult to establish a solid identity. The original six members included Glover, Graham Carter-Dimmock (guitar, vocals), Sheila Carter-Dimmock (organ, vocals and Graham's sister), Harvey Shields (drums) and Andy Ross (vocals). Ian Gillan soon replaced Ross, who had split the group to get married before the release of their first early '66 record.

The outfit's 1966 and 1967 singles are rather light pop-rock harmony numbers, with an occasional ballad and a bit of a soul influence. Light years removed from Deep Purple, Episode Six was extremely eclectic in their choice of material, trying their hands at numbers by The Beatles ('Here, There And Everywhere') and the Tokens ('I Hear Trumpets Blow'), as well as a U.S. Hod Rod song craze influenced B-side written by Glover ('Mighty Morris Ten'). While their repertoire lacks focus and consistency, a number of their singles are actually quite good, including an outstanding cover of Tim Rose's 'Morning Dew', which became a well deserved hit, peaking at #6 on the Radio London Fab 40 list.

By the latter half of 1967, they had begun fusing pop and psychedelia with reasonably impressive results, especially on the singles 'I Can See Through You' (written by Glover and considered one of the finest British psychedelic obscurities), 'I Won't Hurt You' (an outstanding West Coast Pop Art Experimental Band cover released under the Graham Carter-Dimmock solo pseudonym Neo Maya) and the surprisingly unreleased 'Time And Motion Man'. Their final two 45s show the band moving in a much more progressive, art-rock direction, especially on 'Mozart Versus The Rest', which confronts one of the composer's most famous arrangements with manic electric guitars. After a decent run and moderately successful career, the Episode Six finally decided to call it quits in 1969 after Gillan and Glover had left to join Deep Purple.

This compilation CD contains the following songs by this artist that are played on TWOS:
- Time And Motion Man