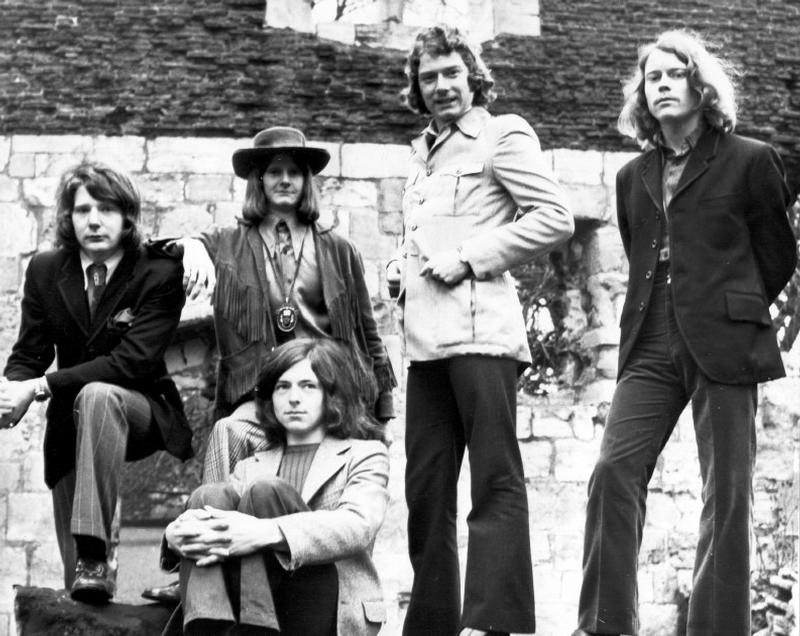 This York group formed in 1967 with the original lineup of Paul Smith (lead vocals), Clive "Alfie" Shepherd (lead guitar), Dave Smith (guitar), Graham Harris (bass) and Mike Candler (drums). The band eventually moved to London and recorded a few demos for Morgan Blue Town through connections they had with Smoke drummer, Geoff Gill. While playing at the London nightclub Sibylla's, they were discovered by a Mexican entrepreneur named Jorge Rubio, who invited them to tour Mexico.

After five months in Latin America, they returned to London in July, 1969, reconnected with Gill at Morgan Blue Town and began session work for a planned LP that was to be titled "Socializing With Angel Pavement". At this time, Dave Smith was replaced by former Roll Movement member John Cartwright (guitar, trumpet) and they released two singles on Fontana that never hit it big. Because of the singles' less than mediocre reception, the LP project was shelved and never released. One of the standout tracks of this project is a great cover of Spirit's 'Water Woman'.

Artist information sources include: The book, 'Tapestry of Delights Revisited' by Vernon Joynson and the liner notes in the CD, 'Psychedelic Pstones III: House Of Many Windows'.