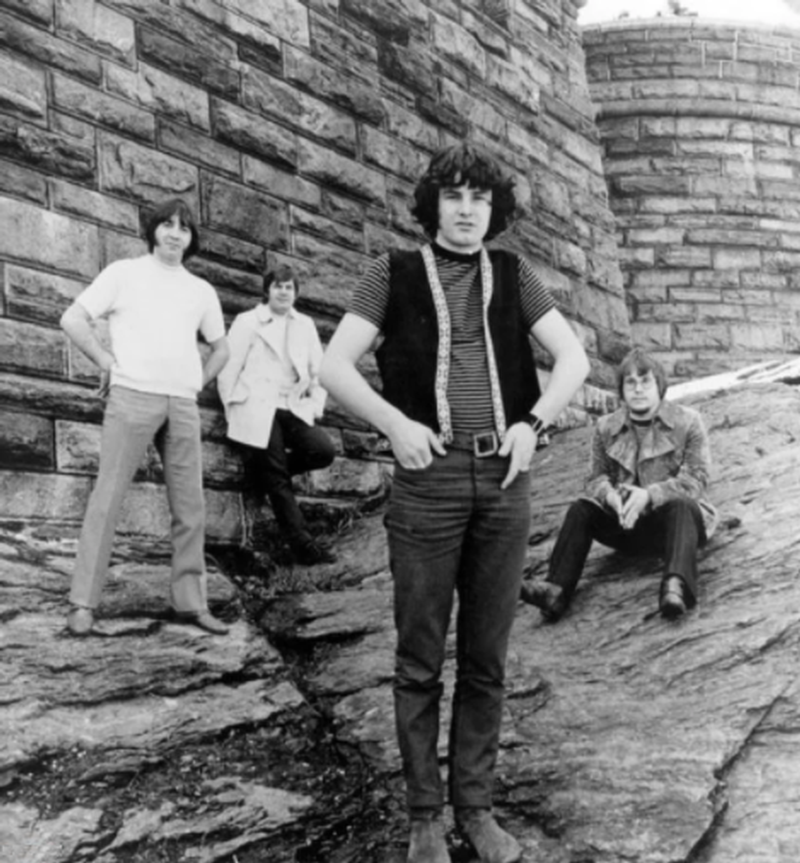 The Guess Who are considered by many to have been one of the best bands to come out of Canada in the 60s and were nothing less than superstars up in the Great White North. They were also the first Canadian group to have a #1 hit in the U.S. with 'American Woman' in the spring of 1970.

The band was formed in Winnipeg by Chad Allan (guitar, vocals) in 1960 and was initially called Al & The Silvertones. In 1962, they changed their moniker to Chad Allan & The Reflections, by which point the lineup consisted of Allan, Bob Ashley (keyboards), Randy Bachman (guitars), Jim Kale (bass) and Garry Peterson (drums). The group's debut single ('Tribute To Buddy Holly') was released on Canadian-American Records in 1962. Chad Allan & The Reflections then signed with Quality Records and released several unsuccessful singles between 1963 and 1964, including one mistakenly credited to "Bob Ashley & The Reflections".

By 1965, the group was forced to change their name to Chad Allan & The Expressions after a U.S. group called the Reflections had a huge hit with '(Just Like) Romeo And Juliet'. It was at this point that the band scored their first hit single, a 1965 rendition of Johnny Kidd & The Pirates' 'Shakin' All Over'. This track reached #1 in Canada, #22 in the U.S., and #27 in Australia; however, in an attempt to build a mystique around the single, Quality Records credited it to "Guess Who?". It was hoped that some listeners might assume the "Guess Who?" identity was deliberately masking several famous performers working under a pseudonym and, given the "beat group" nature of the record, perhaps even members of The Beatles and, or other popular British Invasion bands. It is debatable as to whether anyone was really fooled by this ruse, or if the record would have been a hit regardless of the artist credit, but the upshot was that, even after Quality Records revealed the band was really Chad Allan & The Expressions, disc jockeys still announced the group as "Guess Who?", effectively forcing the band to rename themselves. So although singles were issued as being by "Guess Who?" on their first two albums, the band was credited as both "Guess Who?" and "Chad Allan & The Expressions".

The immediate follow-up singles to 'Shakin' All Over' met with major success in Canada, but limited sales elsewhere. After Bob Ashley left the group in late 1965, Burton Cummings (lead vocals, keyboards) joined the band in early January, 1966. This lineup only lasted for a few months before Chad Allan left, making Cummings the new, full-time lead singer. By this point, the band's name had become the Guess Who? (the question mark would eventually be dropped in 1968), and with Allan now gone, the "Chad Allan & The Expressions" subtitle was dropped once and for all.

As the group's lineup changed, so did their sound. Cummings and Bachman were now the band's main composers and shifted from Merseybeat inspired rock to an eclectic sound that successfully fused rock, blues, and jazz. In 1968, they co-released an LP with the Staccatos (who would later rename themselves the Five Man Electrical Band) titled A Wild Pair, which sold quite well. Their first "solo" LP as the Guess Who (Wheatfield Soul) was issued in early 1969 and includes the ballad 'These Eyes', which was the group's first Top 10 U.S. hit, peaking at #6. A follow-up LP (Canned Wheat) was released only nine months later and contains a slew of outstanding tracks, including 'Laughing', 'Undun', lesser known album tracks 'Key' and '6 A.M. Or Nearer', along with the original version of 'No Time'.

By the spring of 1970, the Guess Who had veered toward an edgier, hard-psych sound with the issue of the LP American Woman. This album would end up becoming the group's biggest seller and contains the #1 hit title track as well as 'No Sugar Tonight/New Mother Nature' and a remake of 'No Time', which reached #5 in the U.S. At around this time, Bachman was sidelined by a gall bladder attack, but the group continued touring with U.S. guitarist Bobby Sabellico. Growing differences between Bachman and the others however finally led to his permanent departure after playing a final show with them at the Fillmore East on May 16, 1970. An unfinished 1970 album project titled "The Way They Were" was abandoned and not released until 1976 after the band had already broken up. Bachman returned to Winnipeg and later formed Brave Belt, which eventually evolved into the supergroup Bachman-Turner Overdrive. Bachman was replaced by two guitarists, fellow Winnipeggers Kurt Winter from the band Brother and Greg Leskiw. Winter became the main songwriting collaborator with Cummings, and the Guess Who forged on with more hit singles like 'Hand Me Down World', 'Share The Land' and 'Hang On to Your Life'.

In 1972, Leskiw and Kale left the fold and were replaced by Don McDougall (guitar) and Winter's former bandmate Bill Wallace (bass). After these personnel changes, the group recorded their highly acclaimed live LP Live At The Paramount, which was recorded at the Paramount Theatre in Seattle, WA. This show preceded a world tour in late 1972 to Japan, New Zealand and Australia.

In 1974, the Guess Who had their last big hit with 'Clap For The Wolfman', which reached #6 in the U.S. and was a homage to disc jockey Wolfman Jack, who contributed his voice to the recording. Later that year, McDougal and Winter left and were replaced by Domenic Troiano who became the new lead guitarist for the band and Cummings' chief songwriting collaborator. The Guess Who finally broke up for good in 1975 with Cummings moving on to forge a successful solo career in Canada. The band reunited in 1983 and continues to play to this day, led by original drummer, Garry Peterson.

This Time Long Ago