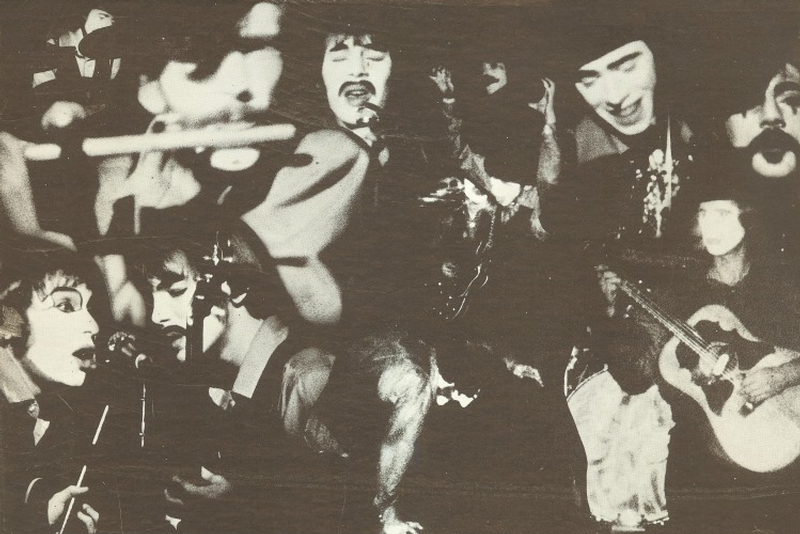 In 1967, they signed to Philips and issued a debut, non-LP single ('Let's Go Hide In The Forest' b/w 'Disparity Waterfront Blues'). Later that year, Blake left the fold to join Bo Grumpus and was replaced by George Abruzzese (drums). In early 1968, they released a self-titled debut LP that includes several notable songs, including 'It's A Monday Kind Of Tuesday' and '(As I Went Down To) Jerusalem'. By this time, the group had relocated to New York City where they frequently performed at the Café Wha? in Greenwich Village and at the Players Theater, upstairs from the Café Wha?.

Later in '68, the Hello People released a second LP titled Fusion, which is also quite good. By this time, Tongue had left the fold to become a full-time songwriter and was replaced by Peter Weston (guitar, vocals). One of the tracks featured on the album ('Anthem') is a bitingly sarcastic stab at the U.S. establishment and was actually penned by ex-member Tongue, who had done some time in federal prison in the mid 60s for draft resistance. The song charted in Cleveland but was then suddenly banned from airplay there and in some southern U.S. radio markets too! Other standout songs on the record include 'Pray For Rain' and the jazzy instrumental 'Jelly Jam'. Although the group didn't have a hit record, they were often seen around this time on major network television shows such as The Tonight Show with Johnny Carson and the controversial Smothers Brothers Comedy Hour.