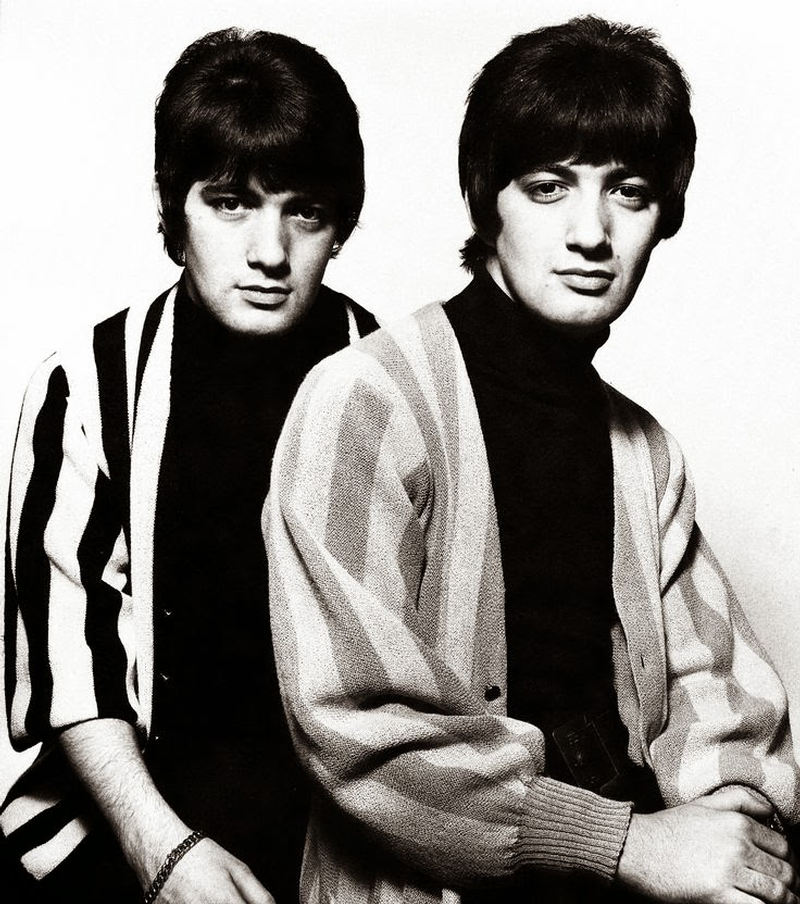 Paul & Barry Ryan (actual sir name Sapherson) are the identical twin sons of English pop singer Marion Ryan. They were born on October 24, 1948 and started performing together at the age of 16. In 1965, they signed to the Decca label and began issuing singles. Most of their repertoire consisted of straight forward pop numbers that scored big in the U.K., but in the late 60s like most acts, they began dabbling in psychedelia.

In 1967, they recorded the excellent, hard-driving 'I Can Make A Friend', which wasn't released at the time presumably because it didn't fit their cleaner poppy persona. In the fall of that year, they switched to the MGM label and in early 1968 issued the 45 ('Pictures Of Today' b/w 'Madrigal'). The B-side is the highlight of this record, which is a quirky pop-psych number, but still works. Later in '68, Paul decided to quit performing and became a songwriter with Barry then having a major #2 U.K. solo hit with one of his songs ('Eloise') in the fall of that year. Barry continued to perform into the 70s, but then suffered burns to his face causing him to bow out of the music business until making a comeback in the 90s. Paul also left the music business and relocated to the U.S., opening a successful chain of hairdressing salons. Unfortunately, Paul died of cancer in 1992, but Barry still continues to perform occasionally to this day.

I Can't Make A Friend

This compilation CD contains the following songs by this artist that are played on TWOS:
- I Can't Make A Friend

This compilation CD contains the following songs by this artist that are played on TWOS:
- Madrigal