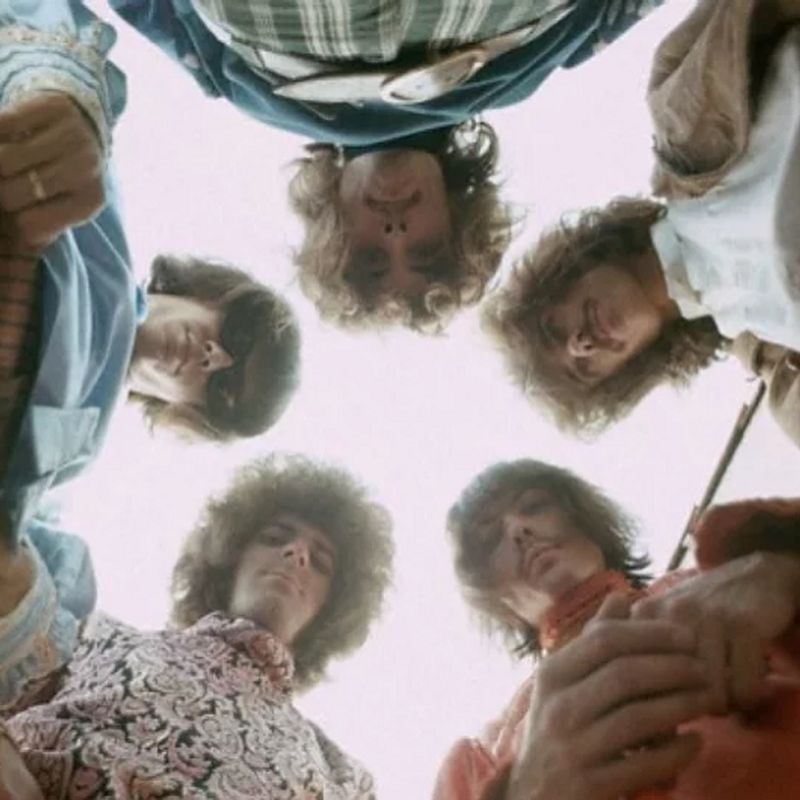 Steppenwolf evolved out of the Canadian band the Sparrow in late 1967, after John Kay (vocals, guitar, harmonica), Jerry Edmonton (drums, vocals) and Goldy McJohn (keyboards, vocals) relocated to California and added Michael Monarch (guitar) and Rushton Moreve (bass). They named themselves after the 1927 Herman Hesse novel and immediately sequestered themselves to work on their debut self-titled LP, which was recorded in only a few days and issued on the Dunhill label in early 1968. The album catapulted up the charts, peaking at #6, assisted by the included breakout #2 smash hit 'Born To Be Wild', which as a side note, coined the phrase "Heavy Metal" within its lyrics. The record is nothing less than excellent and includes several other highly original tracks including 'The Ostrich', 'Everybody's Next One' and 'Take What You Need'. After its release, the ensemble began playing live at notable Bay Area venues, including the Fillmore Auditorium and Avalon Ballroom in the spring of 1968. They then went on a whirlwind nationwide tour to celebrate its astounding success, including a notable gig at the Fillmore East in New York City.

Playing live enhanced the bands mojo and creativity. While on tour throughout 1968, they worked incessantly on a follow up LP (appropriately titled The Second), which was issued towards the end of the year. As far as TWOS in concerned, this album is even better than the first, including some mind blowers like 'Don't Step On The Grass, Sam', 'Lost And Found By Trial and Error' and the breakout hit 'Magic Carpet Ride' that reached #2 on the Billboard Hot 100. The LP deservedly even sold better than the first, reaching #3 on the album charts. This prompted more touring, which included dates in Canada and also several European countries, including the U.K. and Germany.

By the spring of 1969, Moreve had been replaced with the return of another former Sparrow member, Nick St. Nicholas (bass), and the group released a third LP titled At Your Birthday, which came out about only four months after the previous album. Unfortunately, this record isn't near the quality of the first two and marks the beginning of the group's decline in creativity; however, it did reach the #7 position greatly assisted by the standout singles 'Rock Me' (#10) and 'It's Never Too Late' (#51). As a side note, 'Rock Me' had also previously appeared on the Candy motion picture soundtrack in late 1968. In the summer of 1969, the band's songs 'Born To Be Wild' and 'The Pusher' were prominently featured in the movie Easy Rider, along with its motion picture soundtrack, further solidifying their stamp on late 60s psychedelic hard rock.

In late 1969, Monarch was replaced by previous T.I.M.E. and Hardtimes member Larry Byrom (guitar), and a fourth LP titled Monster was released. This album is a long the same lines as their last with highlights that include the title track, 'Draft Resister' and the instrumental 'Fag'. Despite mixed critics reviews, the record charted solidly, peaking at #17, while two of the songs, including the title track, became Top 40 hits. In early 1970, St. Nicholas left the fold for good and was replaced by George Biondo (bass). A fifth studio LP titled Steppenwolf 7 was then issued late that year and was titled as such because they had also already released two live LPs along with the previous studio LPs, making this one #7 in total. The album is also very similar to their previous efforts and includes the standout tracks 'Foggy Mental Breakdown' and 'Hippo Stomp'. It also sold relatively well, peaking at #19 on the album charts.

There next LP titled For Ladies Only, issued in late 1971, saw the band veering into progressive rock territory and marked the end of the original Steppenwolf hard psych sound. It was also the last album they would release on the Dunhill label, as they switched to Epic Records for the next four, the last being in 1976, after which they soon broke up. In 1982, Kay reformed the group with an all new lineup labeling themselves John Kay & Steppenwolf. This incarnation issued four studio LPs into 1990 and then a live 25th anniversary record in 1995, which had actually been recorded three years earlier. The band continues to perform to this day and is always a favorite at the Sturgis motor cycle rally, where their fans, nicknamed the Wolfpack flock from all over to see them perform.

At Your Birthday Party

This compilation CD contains the following songs by this artist that are played on TWOS:
- Born To Be Wild
- The Pusher