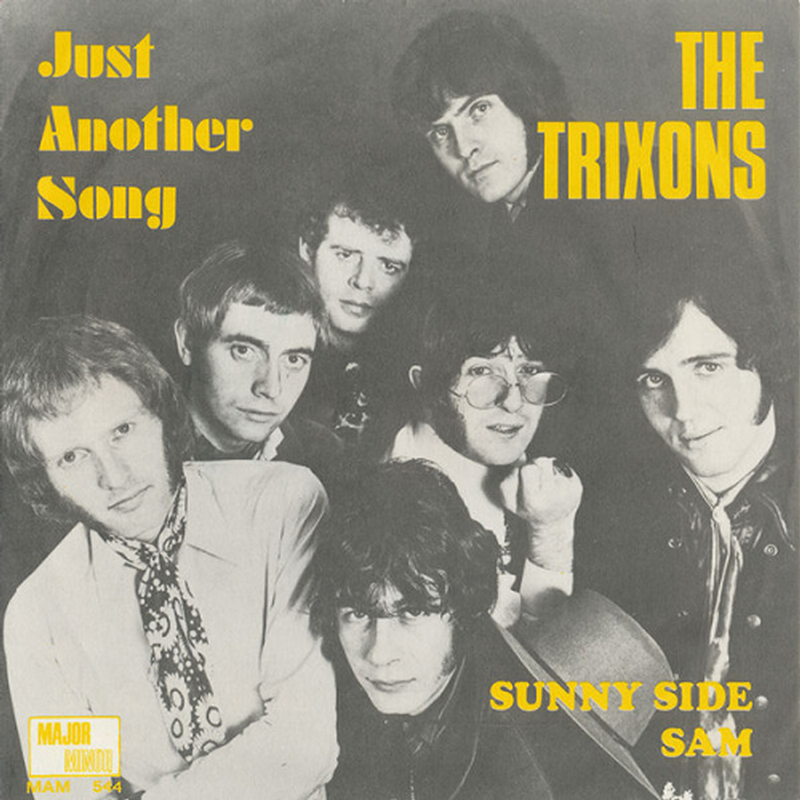 This band was formed in London in 1966 by Terry Connolly (lead vocals), George Hasson (trumpet) and manager Cliff Warren, but consisted of both Irish and English players. Other members included Shay McCarthy (guitar), Bobby Hastings (bass), Mick Goode (drums), Patsy McDonald (saxophone) and Eric Wrixon (keyboards). The group worked in Spain for about a year and then relocated to Ireland in 1967 where they gigged heavily and met with a decent level of success for the remainder of their tenure.

The Trixons issued three singles between 1967 and 1969, with the catchy 'Sunny Side Sam' appearing on the B-side of their third and last 45 in late '69. In early 1970, Wrixon left to form Thin Lizzy and was replaced by Ricky Roberts (keyboards). Next to leave was McDonald, who was replaced by Jim Malone (saxophone). This lineup didn't last long however, with the group calling it quits soon after the personnel changes took place.