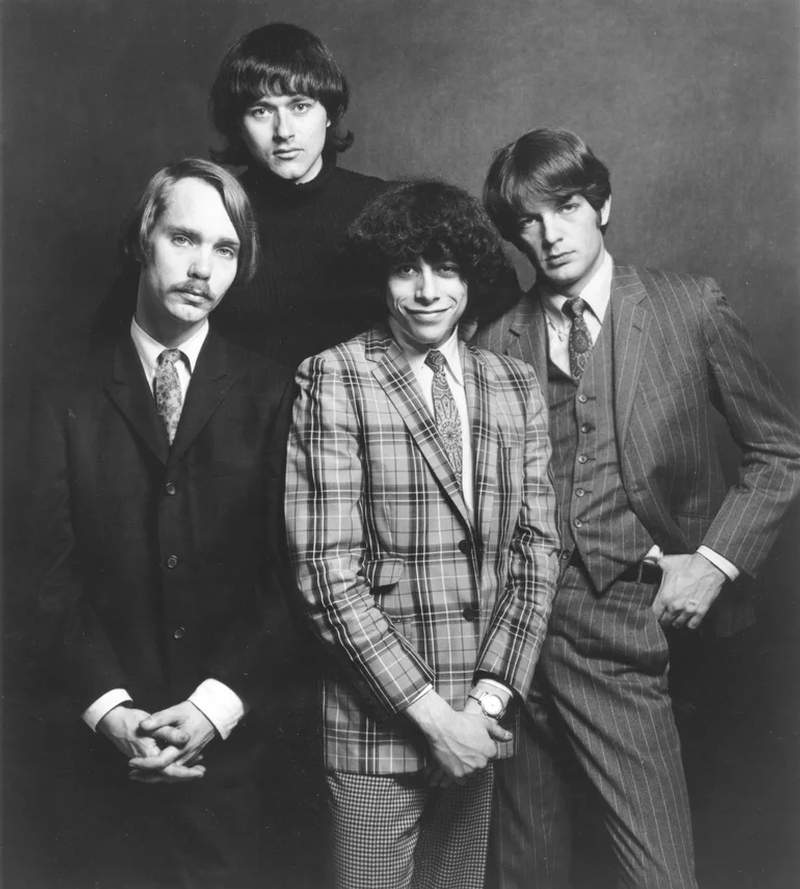 The Youngbloods was a New York City based band best known for their outstanding version of the Chet Powers (aka Dino Valenti) folk anthem 'Get Together', which became a huge hit for them in 1969. The group was formed by already established folk singer Jesse Colin Young (lead vocals, bass) and Jerry Corbitt (guitar) who began performing on the Canadian circuit as a duo in early 1965. It wasn't long before Corbitt introduced Young to bluegrass musician and multi-instrumentalist Lowell "Banana" Levinger (reed organ, guitar, banjo, mandolin, mandola, bass) who brought in Joe Bauer (drums) to complete the foursome.

Later in '65, the band began performing in the Greenwich Village area of Manhattan where they developed a strong following and eventually caught the eye of Mercury Records, which signed them to their first record contract. They issued one single ('Rider' b/w 'Sometimes') on that label as Jesse Colin Young & The Youngbloods in the spring of 1966, which didn't catch on. They then signed to RCA Victor and released their debut, self-titled LP in early 1967. This LP includes a couple of standout tracks, including 'Four In The Morning' and 'Get Together'. It should be noted that the latter track was also issued as a single in the summer of '67, but didn't initially sell that well. It wasn't until 1969 when the song was featured in radio and TV commercials by the National Council of Christians and Jews that it was reissued and ended up peaking at #5 on the Billboard Hot 100.

Early 1968 saw the release of a second LP titled Earth Music, which includes the standout track 'All My Dreams Blue' and was critically acclaimed, but didn't sell that well. This prompted Corbitt to exit the fold for a solo career prior to the recording of their third album (Elephant Mountain) issued in the spring of 1969. This record sold better than their previous effort, peaking at #118 on the album charts, and includes the highlights 'Darkness, Darkness' and 'Smug'. After the aforementioned enormous success of the reissue of 'Get Together', the trio started their own record label called Raccoon in 1970 and issued a live LP titled Rock Festival, which peaked at #80 on the album charts. This year also saw the band featured on the Zabriskie Point motion picture soundtrack and the release of a "Best Of" LP.

In 1971, the group added Michael Kane (bass) to the fold and issued the LP Good And Dusty. I final album titled High On A Ridgetop was released in 1972 before the group finally decided to call it quits. The Youngbloods did reunite a few times to tour in the late 70s and 80s and is still considered an important contributor to psychedelic rock to this day.