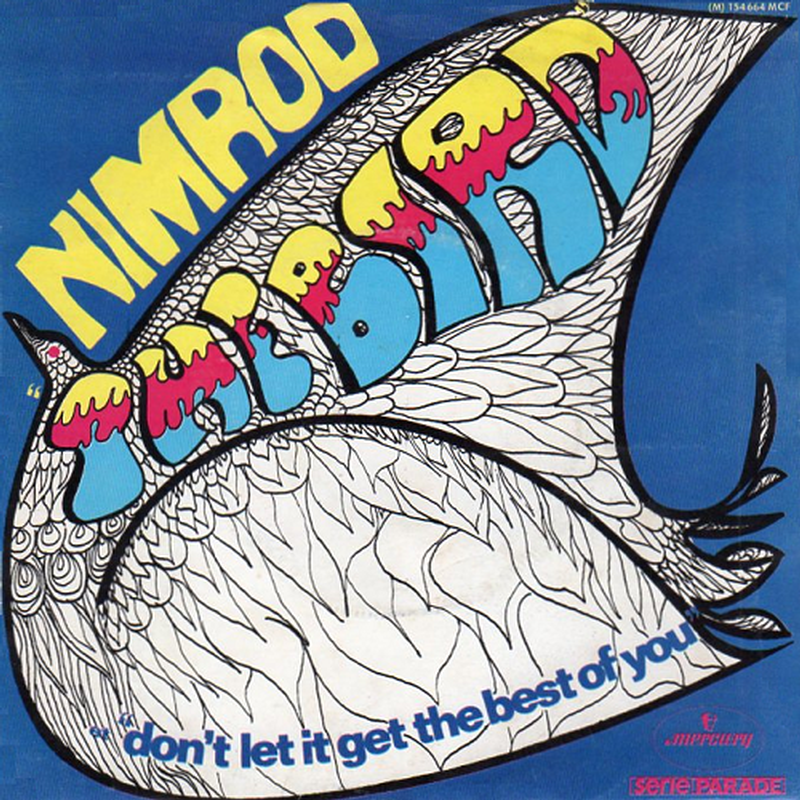 This outfit consisted of Michael "Mick" Leslie Jones (guitar) and Thomas "Tommy" Francis Brown (drums) who called themselves Nimrod for one single in 1969. The record includes the outstanding ‘The Bird’ on its A-side.

In the early 60s, the duo had been in one of the many Nero & The Gladiators lineups, a band that enjoyed a couple of minor instrumental hits. It was during their performance at the Olympia music hall in Paris, France that the talents of Jones and Brown were spotted by French megastar Johnny Hallyday, who recruited them initially for his wife Sylvie Vartan's backing band. They later backed Hallyday himself, as regular members of his session men, the Blackburds.

While in France, Mick sharpened his songwriting skills and contributed to many recordings, including several movie soundtracks. In 1965, he gave Cliff Richard a Radio London Fab Forty Top 20 entry with his song 'The Time In Between'. In 1966, the duo briefly went by the moniker J & B (the initials of their last names) for one single. In 1967, they changed their name to the State Of Micky And Tommy and released a few more singles in England and an EP in France. It was in 1969 that they briefly changed their name to Nimrod and released the aforementioned single.

This CD not only contains all songs by the State Of Micky And Tommy, but also the songs that Mick Jones and Tommy Brown issued as J & B and Nimrod.