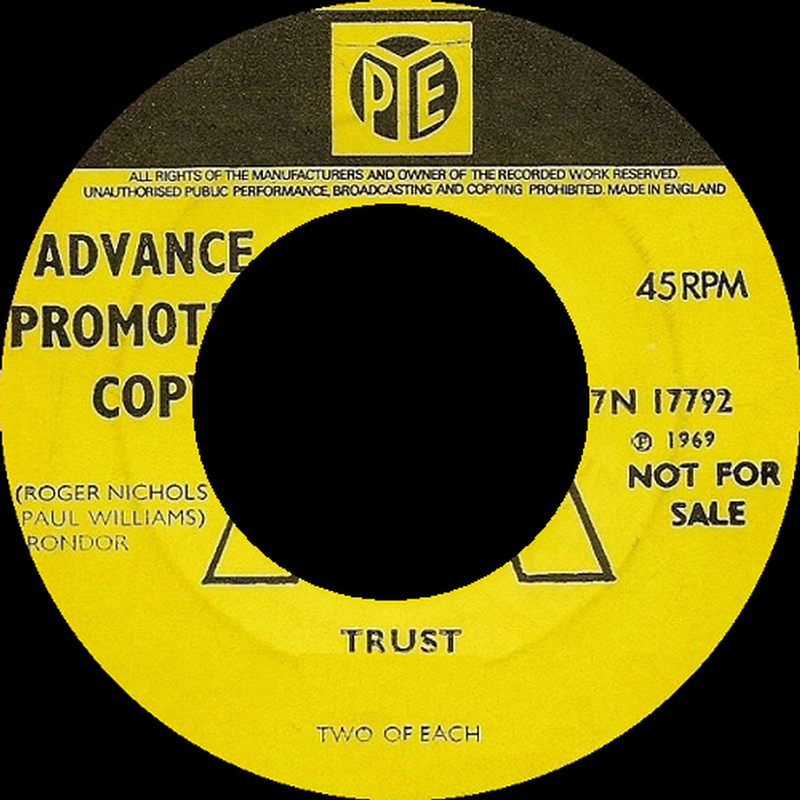 Their name presumably came from the fact that two of the members were male and the other two female. The A-side of their third, mid 1969 single is an outstanding rendition of the Roger Nichols-Paul Williams penned 'Trust', which had previously been covered by the Peppermint Trolley Company in 1968 and appeared later on Williams' 1970 solo LP titled Someday Man.

This compilation CD contains the following songs by this artist that are played on TWOS:
- Trust