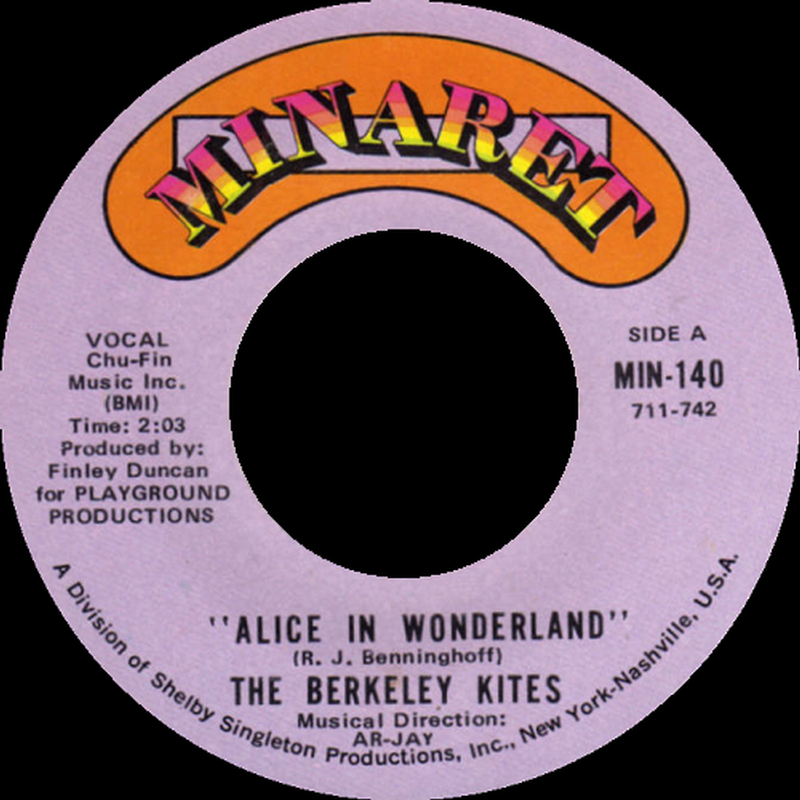 Very little is known of this Nashville band that issued four 45s on the Minaret label between 1968 and 1969. All of the tracks on their first three records were written by R.J. Benninghoff, who is assumed to have been a member of the group. All songs were produced by Finley Duncan who operated independent record companies in Florida, including Minaret. All three of their songs played here on TWOS are quite unique, well produced pop-psych numbers.

What Goes Up Must Come Down

This compilation CD contains the following songs by this artist that are played on TWOS:
- Alice In Wonderland
- Mary-Go-Round
- What Goes Up Must Come Down