The Fun And Games 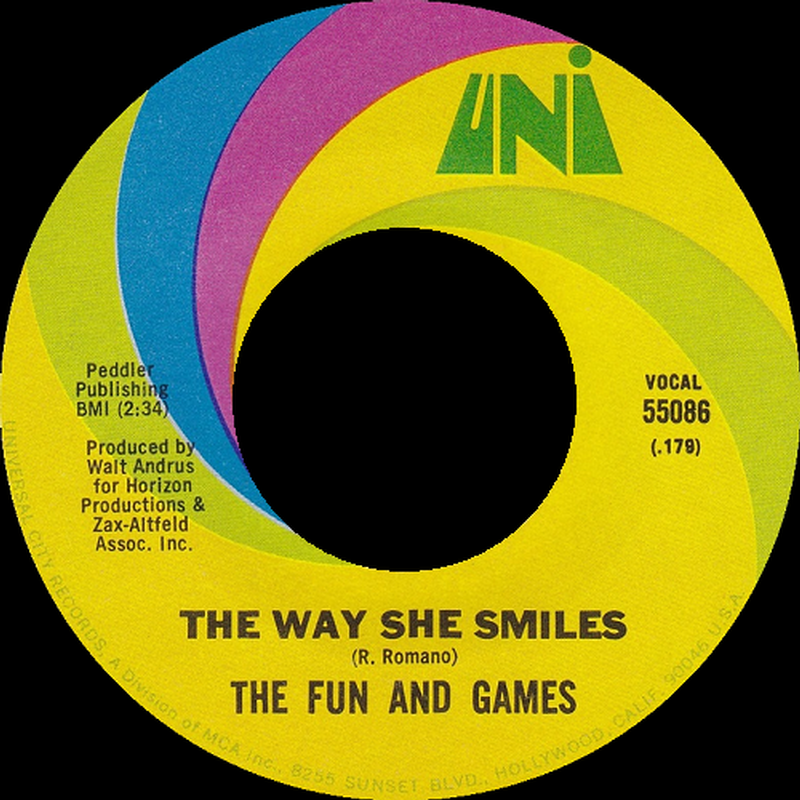 This Houston pop-psych band evolved out of the Six Pents in 1966 and was initially known as the Sixpentz with original members Rock Romano (guitar, vocals), Paul Guillet (lead guitar), John T. Bonno (bass), Carson Graham (drums), D.J. Greer (piano, guitar, vocals) and Sam Irwin (lead vocals, recorder, tambourine). As the Sixpentz, they issued two 45s, the first being the outstanding ('Imitation Situation ("4/4 - 6/8 Time")'), which was actually co-written by the local area production and song writing husband and wife team of Scott and Vivian Holtzman, along with Rob Landes of Fever Tree. In 1967, the group changed their name and issued two singles as the Fun And Games Commission, due to another group in the area being called the Sixpence, but then shortened their moniker to the Fun And Games later in the year.

This compilation CD contains the following songs by this artist that are played on TWOS:
- The Way She Smiles

This compilation CD contains the following songs by this artist that are played on TWOS:
- Close To Carmel