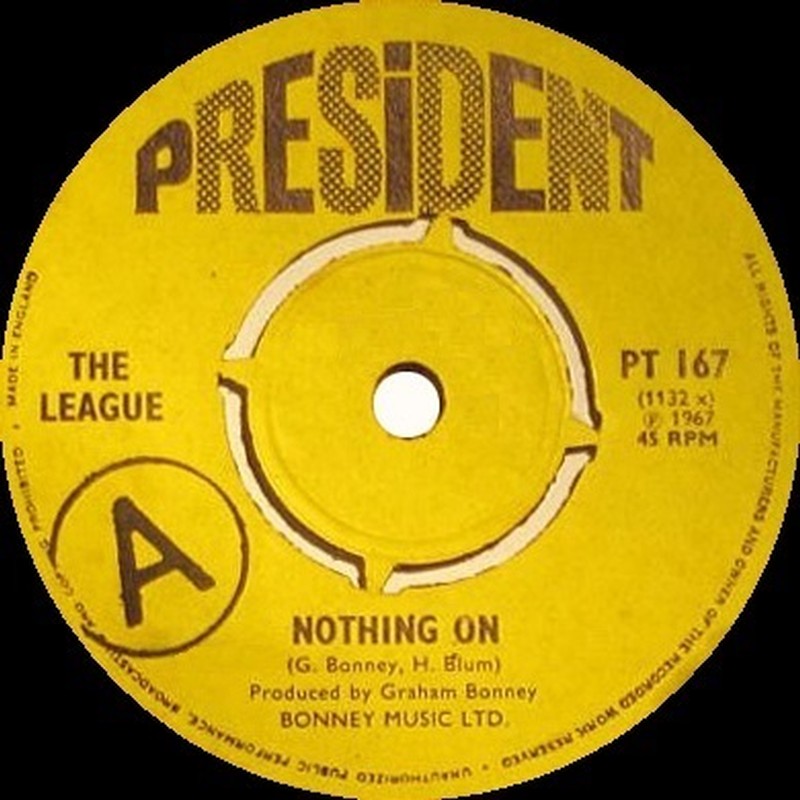 Very little is known of this British outfit that was originally called the League Of Gentlemen in the mid-60s and then shortened their name to just the League in 1967. Members included Jonathan Kent (vocals), Ron Cleave (guitar, vocals), Ron Thomas (rhythm guitar), Joel James (saxophone), Jeff Bartley (bass) and Ray Steadman (drums). It their early days, they made ends meet by backing various American soul stars that would come over to tour the U.K.

In late '67, they issued their one single as the League (the randy 'Nothing On' b/w 'Hey Conductor') on the obscure President label. The A-side is a bit cheeky, but does work in its own weird way thanks to Cleave's pronounced lead guitar playing.

This compilation CD contains the following songs by this artist that are played on TWOS:
- Nothing On