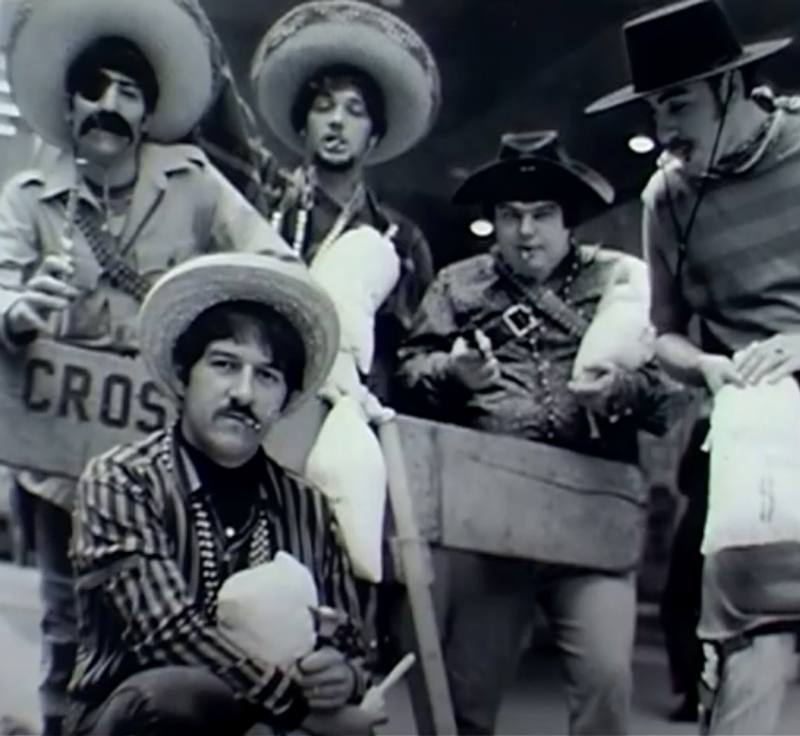 In 1967, the band laid down some demo tracks that culminated in the signing of a three LP record deal with the Mainstream label. A self-titled album was then record in a single 12 hour stint and released late that year. The record has some rather unique guitar licks and keyboards, and includes the stylishly gloomy, folk-psych standout 'Plastic Soldiers'. Unfortunately, while working on their second LP, the group decided to call it quits in 1968 and it was never completed. 1999 saw the Bandits reform without Donald, and they ended up playing together and releasing multiple CDs for another 13 years until Scalfari tragically broke his back by falling out of a tree while hunting in 2012.

Artist information sources include: The book, 'Fuzz, Acid, and Flowers Revisited' by Vernon Joynson. A special thanks also goes out to Mike Raab for his contribution to this article.