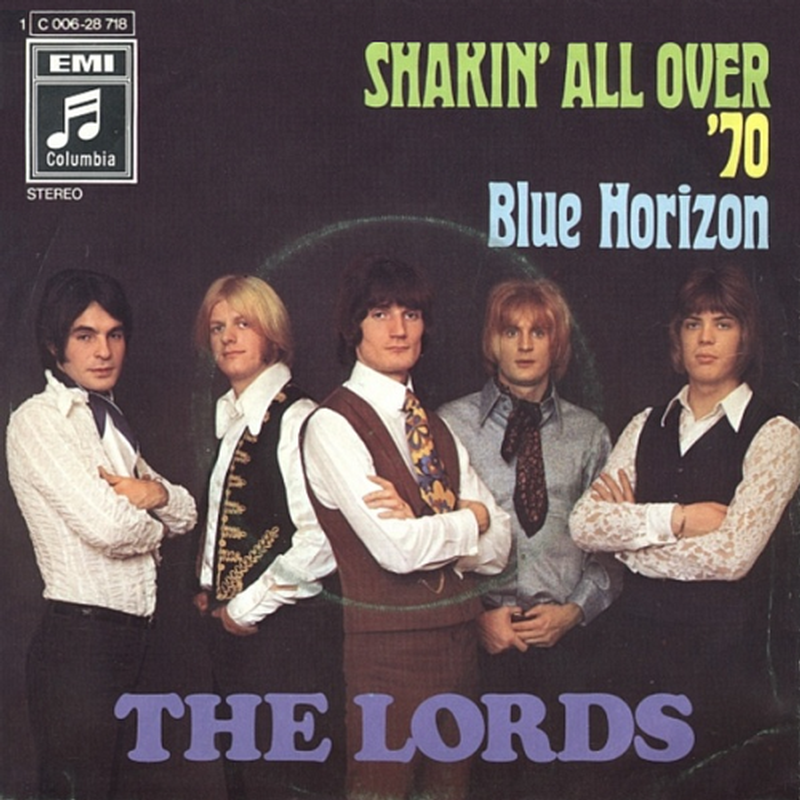 The Lords are considered to be one of the most successful and longest lasting German rock bands. They formed in 1959 as a skiffle band in Berlin using partly custom-made instruments. Original members included Ulrich "Ulli" Gunther (lead vocals), Klaus Peter Lietz (lead guitar), Ranier "Gandy" Petry (rhythm guitar), Peter M. Donath (percussion) and Heinz Hegemann (bass). In the early 60s, Hegemann was replaced by Knud Kuntze (bass) and then after losing his leg in an accident, he was in turn replaced by Bernd Zamulo (bass).

In 1964 when Beatlemania and the British Invasion swept across the world, the Lords turned into "Germany's First Beat Music Act" and developed their classic style, which they are still known for today. Between 1965-69 they had 11 hits in then West Germany. They also opened for both the Kinks and Who during their German tours and also performed on the now legendary German TV music program Beat-Club several times. Rather than a serious music band, the Lords were more of a slapstick and comedy troupe especially on stage, similar to the Bonzo Dog Doo-Dah Band in England at the time.

Towards the end of the 1960s, the Lords were increasingly influenced by psychedelia and brought more social commentary into their lyrics, effectually turning from a British Invasion influenced pop band into a progressive Krautrock group. The excellent 'Blue Horizon' featured here on TWOS stems from their 1970 LP Shakin' All Over '70, which saw them moving in a more prog-psych direction. Nothing of this development remained however after the breakup of their classic lineup in 1971, nor did the 1976 reformation go back to suits and slapstick. Instead, since getting back together, they have fostered more of a rough rocker image both in their instrumentation and arrangements, along with their stage outfits. From 1976 onwards, the Lords gigged together with different lineups until far into the 1990s, mostly as a nostalgia band playing their old hits at 60s festivals and on TV specials. They continue to play together off and on to this day, with their last studio album being issued in 2015.