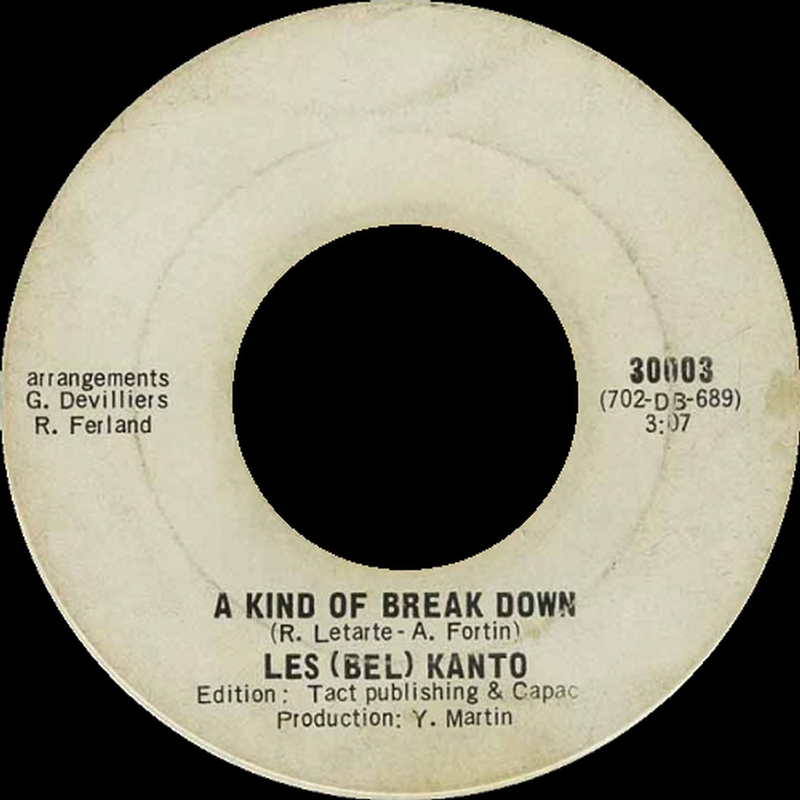 The ensemble sang all of their output in French except for one song in English, the mind blowing 'A Kind Of Breakdown', issued in 1969 under the Kanto moniker and penned by Letarte and Fortin. This track is atypical of the rest of their library and contains awesome fuzz guitar and manic, but not overbearing background screaming... intense!

A Kind Of Break Down