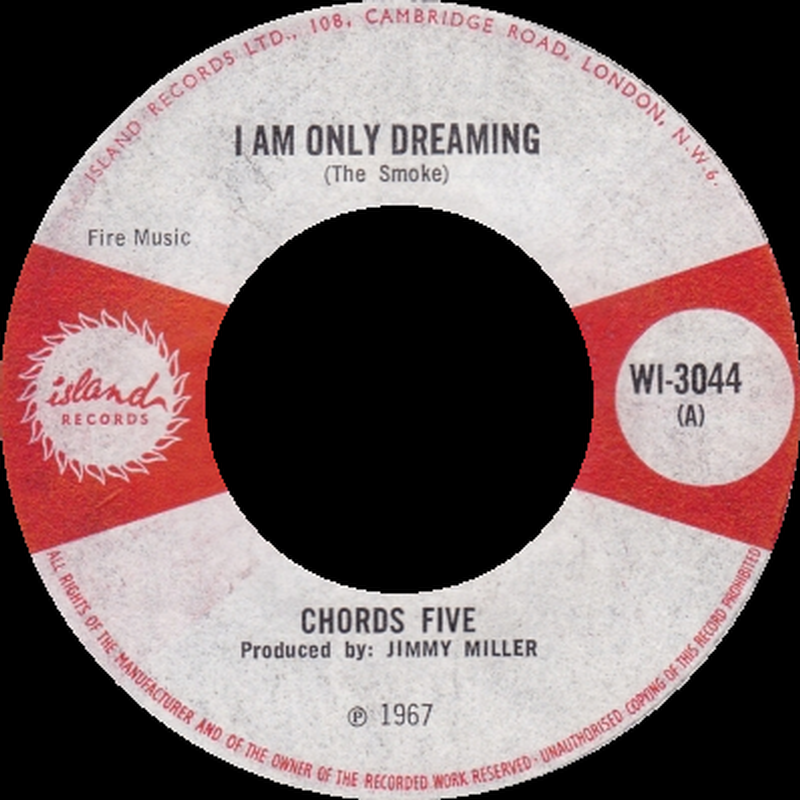 This version of the Chords Five was a pseudonym for the U.K. group the Smoke, with former Shots member Phil Peacock (rhythm guitar) temporarily added as a fifth bandmate. They issued one outstanding 45 ('I Am Only Dreaming' b/w 'Universal Vagrant') under this moniker on the Island label in the spring of 1967. It is speculated that they used the alias to avoid any contract conflicts with Columbia Records, of which they were already signed with. Both tracks on the record feature a more moddish, freakbeat style sound, with the B-side being a noteworthy cover of the Merry Dragons' '66 U.S. single. Also as a side note, and contrary to popular belief, two other Chords Five singles later released between 1968-69 were by a completely different band of the same name, even though these records have been erroneously included on a few Smoke compilation CDs!

I Am Only Dreaming

This compilation CD contains the following songs by this artist that are played on TWOS:
- Universal Vagrant

This compilation CD contains the following songs by this artist that are played on TWOS:
- I Am Only Dreaming