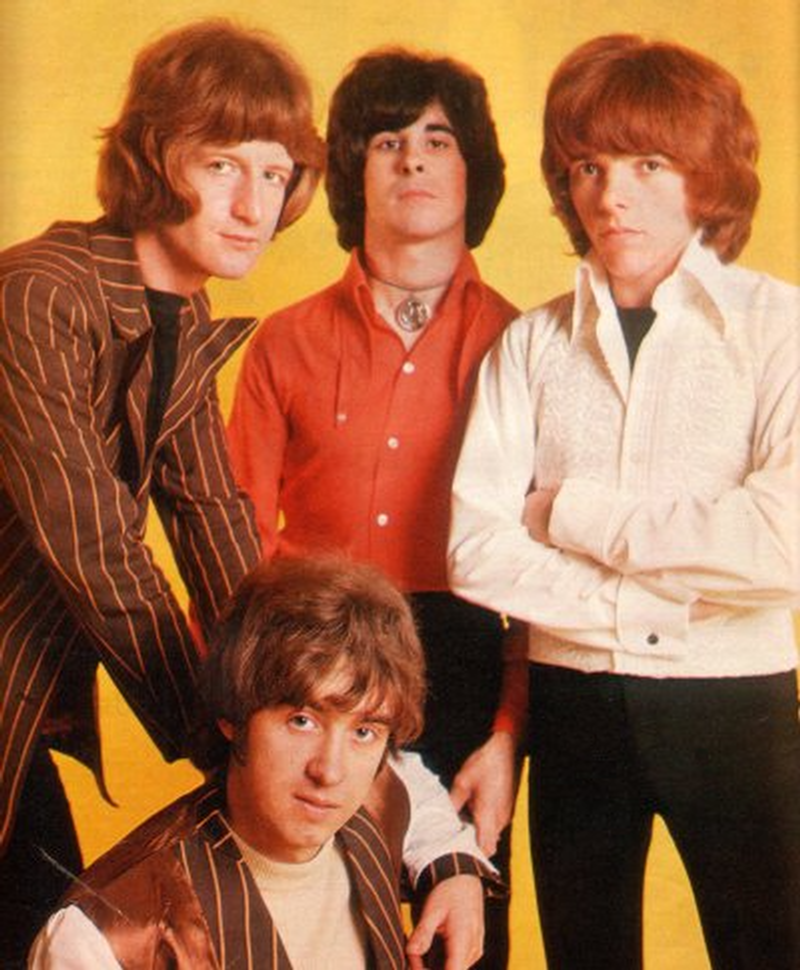 The Iveys evolved out of a group from Swansea, South Wales called the Panthers that formed way back in 1961. The Panthers featured lineup included Pete Ham (lead guitar), Ron Griffiths (bass guitar), Roy Anderson (drums) and David "Dai" Jenkins (guitar). After a handful of moniker changes, they settled on the Iveys in 1964, named after a street called Ivey Place in Swansea.

By the spring of 1965, Anderson had left and was replaced by Mike Gibbins (drums). The band had also graduated to locally opening up for various U.K. big hitters like the Spencer Davis Group, Who, Moody Blues and Yardbirds. By June of 1966, the band had been taken on by a manager named Bill Collins, who was renting a home in Golders Green, London where the group relocated and moved in with another struggling act called the Mojos. At around this time, they performed briefly as a backing band for David Garrick, but also continued to gig as themselves across the U.K. In 1967, Jenkins was asked to leave the group due to a lack of seriousness and was replaced by Liverpudlian Tom Evans (guitar), the band's first non-Welsh member.

The Iveys became a well-received stage act on the London circuit by performing a wide range of covers; from Motown, blues and soul, to Top 40, psychedelic pop, and Beatles, the Iveys consistently garnered interest from record labels. Ray Davies of the Kinks auditioned to produce them by recording three of their songs at a demo studio in London; however, it was not until Mal Evans (the longtime "roadie" for The Beatles and an employee of their Apple Records label) took up their cause, that they finally signed to Apple Records in July, 1968, thus becoming the first recording artists that The Beatles had signed to their infant label. Griffiths later said in a Mojo magazine interview, "The ultimate goal was to get a recording contract, but to get one from Apple was really exciting. Yet we were still living at Golders Green, getting £8 a week each".

The Iveys released their first single worldwide ('Maybe Tomorrow' b/w 'And Her Daddy's A Millionaire') in late 1968. It hit the Top 10 in a number of European countries and Japan, but only reached #67 in the U.S. and failed to chart altogether in the U.K. Due to the chart success of 'Maybe Tomorrow' in Europe and Japan, a follow-up Iveys single ('Dear Angie' b/w 'No Escaping Your Love') was released in July, 1969, but only in those markets. A 1969 LP titled Maybe Tomorrow was also issued, but only in Italy, Germany and Japan. Plans to release it in the U.K. and U.S. were halted for reasons never made entirely clear by Apple. The most prominent rumor however, is that Apple Corps president Allen Klein personally stopped the releases due to his desire to re-organize the label and solidify his control over it.

Paul McCartney was a big fan of the Iveys and gave them a much needed boost when he offered them the chance to record and release 'Come And Get It', a song he had written for the soundtrack of the film The Magic Christian. McCartney went on to produce the song as well as the group's original compositions 'Carry On Till Tomorrow' and 'Rock Of All Ages'. These three tracks would appear in both the film and on the soundtrack album. Around this time, Griffiths left the fold and was replaced by Joey Molland (guitar).

In October 1969, with the release of 'Come And Get It' pending, the band and Apple Records agreed that a name change was critical. The Iveys were still sometimes confused with the Ivy League, and the name was considered too trite for the current music scene. After much debate, the group changed their name to Badfinger. Other suggestions had included "the Glass Onion," "the Prix" and "the Cagneys" from John Lennon, and "Home" from Paul McCartney. Badfinger of course went on to reap huge success throughout the early-mid 70s.

This compilation CD contains the following songs by this artist that are played on TWOS:
- I'm Too Shy