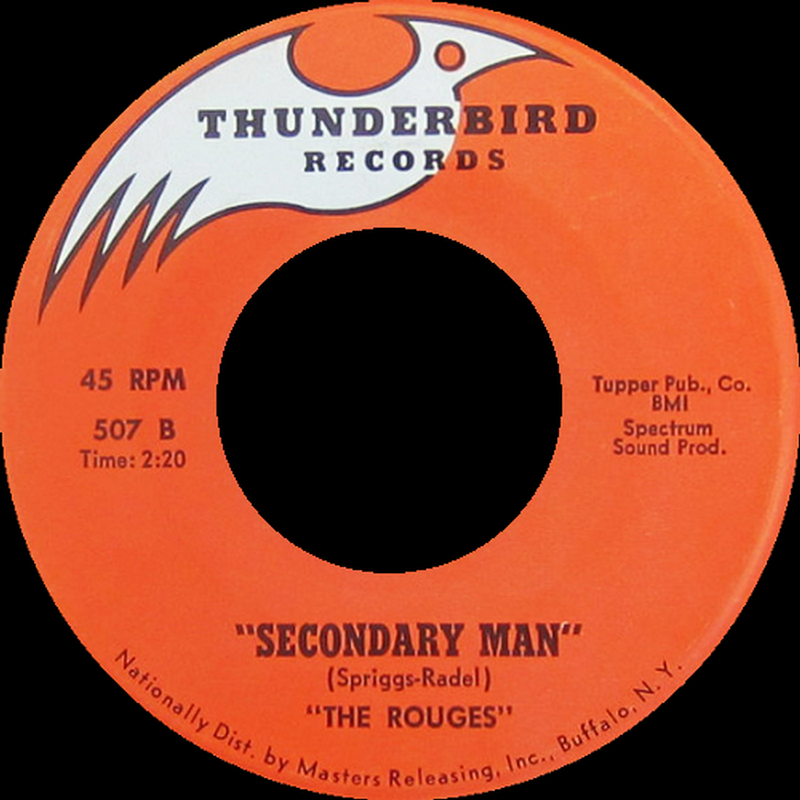 The outstanding, Beatles inspired 'Secondary Man' appears on the flip side of their second 45 and was written by Spriggs and Radel. Later in their tenure, Smith left to join the Army and was replaced by Glen Tate (rhythm guitar). After the band finally split in the early 70s, Spriggs went on to become a very successful session guitarist, playing mainly for country stars like Eddie Rabbit, Faith Hill and Kenny Rodgers.

This compilation CD contains the following songs by this artist that are played on TWOS:
- Secondary Man