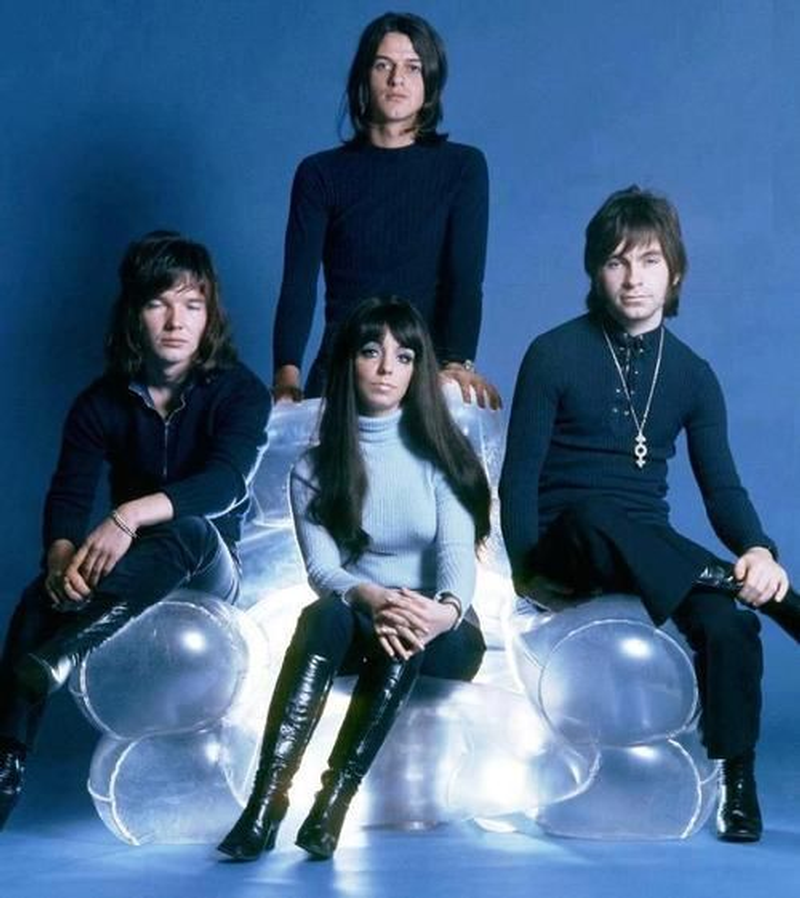 Shocking Blue is considered by many to have been one of the most successful Dutch bands of the 60 psychedelic era, rivaled only by their native counterparts the Golden Earrings. They reached a level of international notoriety by scoring multiple hits at the time, and in the future, having other successful artists cover their innovative songs.

The group was formed in 1967 by songwriter Robbie van Leeuwen (guitar, sitar, vocals), with other original members Klaasje van der Wal (bass), Cor van Beek (drums) and Fred de Wilde (lead vocals). It should be noted that Barry Hay was asked by Leeuwen to be the frontman for the band, but he turned it down to join the Golden Earrings instead. The group gigged around the local area before signing to the Polydor label and issuing a debut single ('Love Is In The Air' b/w 'What You Gonna Do') in the fall of '67 and then a self-titled LP shortly thereafter. The standout track on the album is the incredible 'Crazy Drunken Man Dreams', which features a groovy vibe enhanced by the rather unique guitar styling of Leeuwen. The records were only moderately successful, but the band forged onward, playing live to a building audience.

In mid 1968, the band signed to the fledgling, local Pink Elephant label and issued an upbeat, poppy 45 ('Lucy Brown Is Back In Town' b/w 'Fix Your Hair Darling'), which scored as high as #21 on the Dutch charts that fall. It was also around this time that de Wilde was called up for military service and was soon replaced by female lead vocalist Mariska Veres, which would become a pivotal milestone for the band. Veres' outstanding, throaty pipes breathed fresh air into the group as proven on their first single with her at the helm ('Send Me A Postcard'), which reached #11 on the Dutch charts. Another 45 issued in the spring of 1969 ('Long Lonesome Road' b/w 'Fireball Of Love') also fared quite well, peaking at #17 on the local pop charts.

The summer of 1969 saw the release of their breakthrough single ('Venus' b/w 'Hot Sand') which catapulted them to worldwide fame. In the Netherlands, it peaked at #3; however, later in the year it was issued in the U.S. where it sky rocketed up the Billboard Hot 100 to #1. This was the first Dutch band to accomplish a #1 hit in America and prompted the release of a second LP titled At Home. Ironically, the record was never released in the U.S. and was only sold in Europe and South America (with in some countries titled Venus). The album is quite good and peaked at #4 on the local charts, which besides 'Venus', includes the swanky instrumental 'Acka Raga', the punky 'Love Buzz' and another great instrumental titled 'Poor Boy'.

1970 saw Shocking Blue riding high in both Europe and the U.S. In their native town of The Hague, the band members were even given a metal in honor of the incredible success of 'Venus' in America. In the fall of that year, the group issued a third LP (Scorpio's Dance), which includes the outstanding, and final track on the album, 'Water Boy'. The band added a second lead guitarist (Leo of Heresy) later in the year and continued releasing singles and LPs into the early 70s, but could unfortunately never come close to matching the success of 'Venus'. The ensemble finally called it quits in 1975 and then reunited in the early 80s, forging on with various lineups until the death of Veres in late 2006. It should be notd that in 1986, an all female group called Bananarama covered 'Venus', which also became a #1 hit for them in the U.S. Also, late 1988 saw the Seattle grunge band Nirvana issue 'Love Buzz' as their debut single, with most people still unaware that it is a Shocking Blue cover to this day.

Send Me A Postcard

This compilation CD contains the following songs by this artist that are played on TWOS:
- Acka Raga

This compilation CD contains the following songs by this artist that are played on TWOS:
- Water Boy

This compilation CD contains the following songs by this artist that are played on TWOS:
- Send Me A Postcard