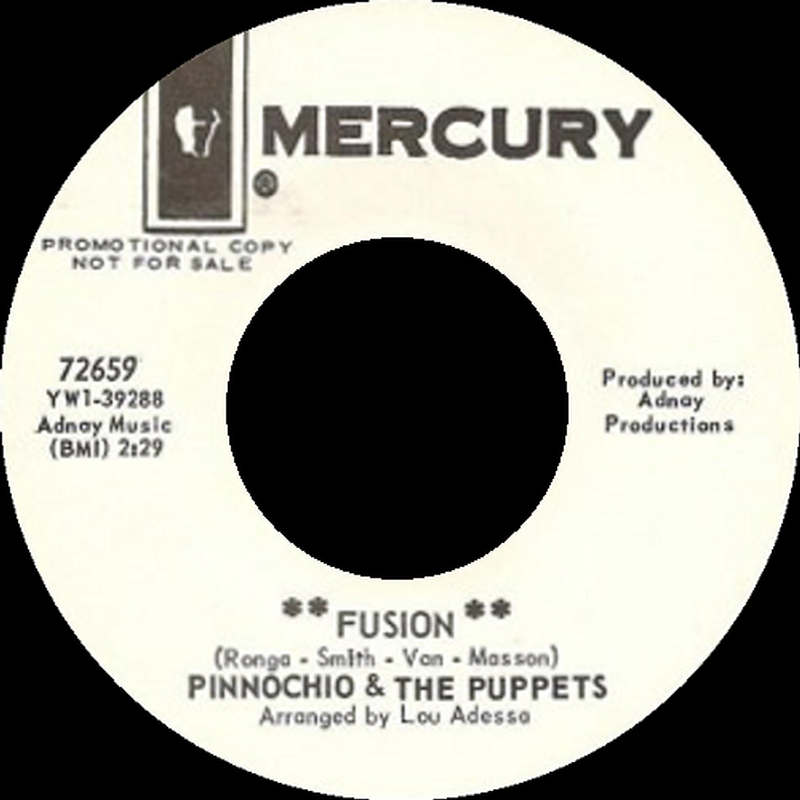 This upstate New York outfit started life as the Teddy Boys in 1964, releasing four singles under that moniker. Members included Guy Masson (vocals, guitar, percussion), Bob Ronga (bass), Tom Smith (vocals, guitar) and Tony Van Benschoten (vocals, guitar). They then briefly changed their name to Pinocchio & The Puppets in early 1967 and released the awesome psych instrumental 'Fusion' b/w 'Cowboys And Indians' on the Mercury label. It should be noted that Pinocchio is spelled "Pinnochio" on the single and is speculated to be a misprint, although this may have been done on purpose for some unknown reason.

In 1968 they changed their name to Mortimer and as legend has it, in the spring of that year briefly met John Lennon and Paul McCartney of The Beatles via an appearance on Johnny Carson's The Tonight Show. This led to the group flying to London where they recorded approximately 30 demos for Apple Records, but for whatever reason eventually signed with Philips and issued a self-titled LP and a couple of singles on that label. Unfortunately they never made it big and faded away into obscurity.

This compilation CD contains the following songs by this artist that are played on TWOS:
- Fusion