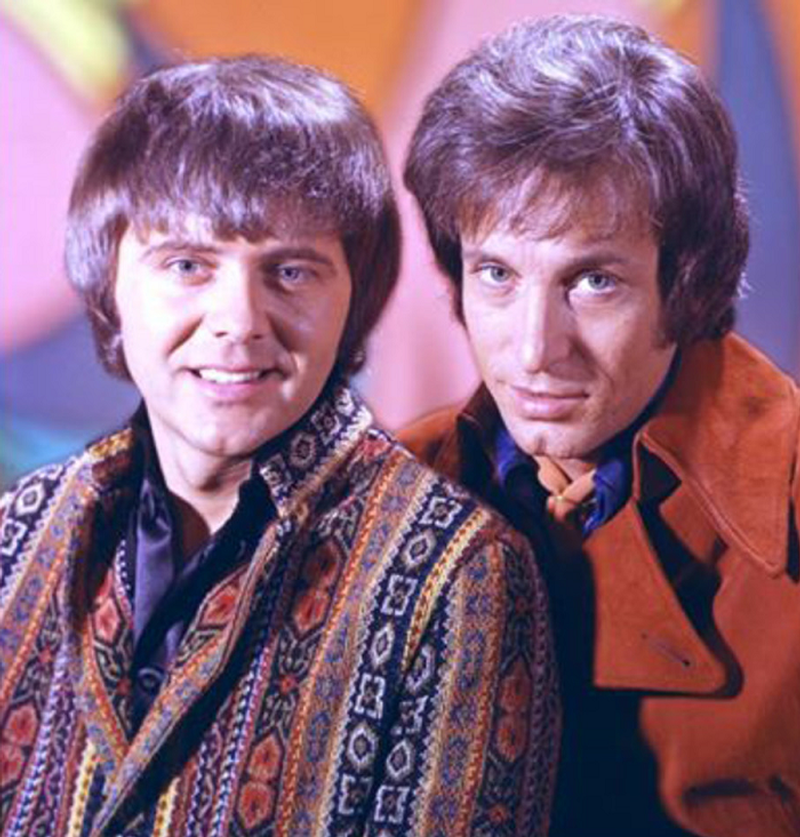 The prolific songwriting duo of Sidney Thomas "Tommy" Boyce and Robert Luke "Bobby Hart" Harshman (Boyce & Hart) are by far best known for writing a substantial number of unique but catchy smash hit songs for the Monkees during the height of their career. What fewer people know however, is that they also released three LPs and several singles of their own in and around this same time period, earning three Top 40 hits.

Before meeting in Los Angeles in late 1959, Boyce had already become a successful songwriter by scoring a huge U.S. and U.K. smash ('Be My Guest') for Fats Domino earlier that year. The two initially struggled for the first four plus years of their partnership until finally penning a Top 40 hit ('Lazy Elsie Molly') for Chubby Checker, which actually reached the #40 spot on the U.S. Billboard Hot 100 in the summer of 1964. They followed up even stronger by crafting the huge hit 'Come A Little Bit Closer' for Jay & The Americans, peaking at #3 in late 1964 on the Billboard Hot 100. In 1965, the duo was hired by Columbia Pictures to produce music scores for various movies, starting with Winter A-Go-Go, which was released in the fall of that year. Others followed, including two Dean Martin/Matt Helm movies (Murderers' Row and The Ambushers) and Where Angels Go, Trouble Follows.

In late 1965, the duo got their big break when they were recruited by Screen Gems to write and produce songs for a newly created TV sitcom (The Monkees), which soon catapulted them to stardom via the smash hits they penned and that appeared on the 1966 show, including '(Theme From) The Monkees' and 'Last Train To Clarksville'. Around this time, they also wrote '(I'm Not Your) Steppin' Stone', which was initially covered by Paul Revere & The Raiders and the W.C. Fields Memorial Electric String Band, and 'Words' for the Leaves, both of which would also become huge hits for the Monkees. As a side note, the U.K. band the Flies released an outstanding freakbeat version of '(I'm Not Your) Steppin' Stone' as well, which was recorded a full month before and issued only a month after the release of the far more popular Monkees rendition.

1967 saw Boyce & Hart begin issuing their own LPs and singles for A&M Records during the second half of the The Monkees television show run. Their first LP (Test Patterns) was released in the summer of '67 and contains the standout tracks 'Out & About' and 'In The Night', the first of which charted at the #39 spot and was performed by the duo on the popular TV sitcom I Dream of Jeannie, with the beautiful Barbara Eden/Jeannie "playing" the drums in the background. It should also be noted that the latter track mentioned had been initially released by Eric Burdon & The Animals about four months earlier on their debut LP. Also at around this time, they appeared on two other successful TV sitcoms (Bewitched and The Flying Nun) energetically performing even more of their songs. They also created some notable radio commercials for Coca-Cola and even the U.S. Army Reserve at this same time.

In 1968, Boyce & Hart released their second LP titled I Wonder What She's Doing Tonite?, which includes their biggest hit of the same title that reached #8 on the Billboard Hot 100. During the summer of that year, they issued another 45 ('Alice Long (You're Still My Favorite Girlfriend)' b/w 'P.O. Box 9847') with the A-side hitting the #27 spot on the charts and the flip being an outstanding, harder version of their song that was previously released by the Monkees about a month earlier. Unfortunately this record would prove to be the last of their hit streak, with two singles and a final, 1969 LP (It's All Happening On The Inside) not selling that well, prompting them to move in separate ways.