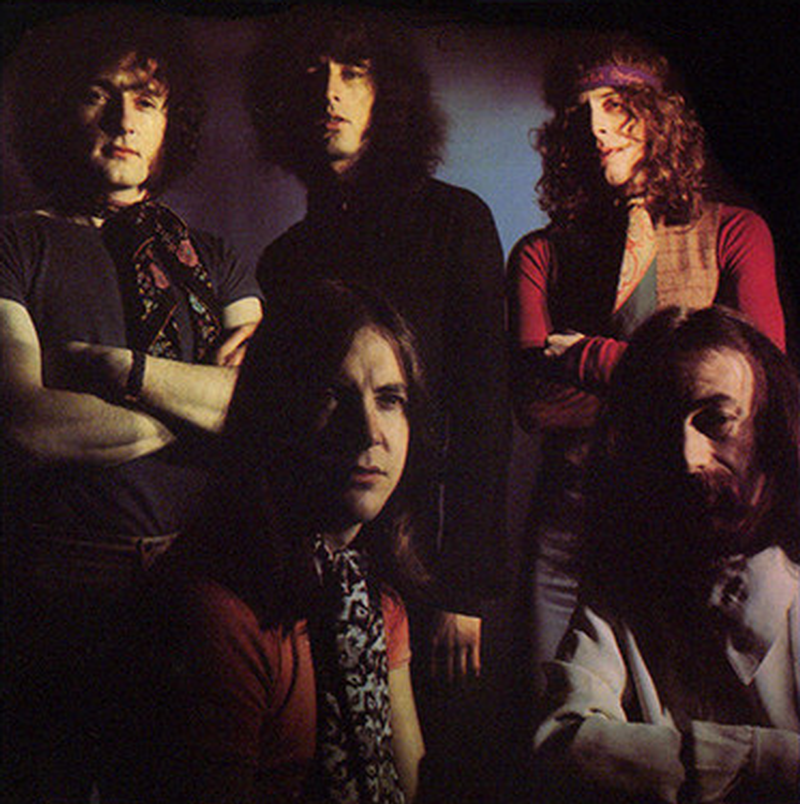 Electric Banana was a pseudonym for the Pretty Things. It was one of the longest running aliases in rock and roll, spanning from an initial LP release in 1967, all the way to a fifth LP issued in 1978.

The Pretty Things were a fairly successful British R&B-mod band in the mid-60s, but as that era came to a close, they found their record sales and popularity begin to slowly wane. In order to generate an additional source of income, the Pretties came up with the brilliant idea of creating an alias band named Electric Banana that would primarily record period pop-psych songs to be used in low budget movie soundtracks. The Pretties were very careful not to divulge their true identity on any of the Electric Banana releases, and even to this day, many psych fans/music aficionados still don't realize that both bands were one in the same.

The first Electric Banana release (a self-titled LP) occurred in 1967 on the smaller De Wolfe record label. Tracks on this LP are mainly more in the line of a straight forward, mod-freakbeat sound. It is important to note that the Electric Banana LPs were of the smaller, 10-inch diameter versus the more standard 12-inch. The albums were also architected to contain the primary, vocal versions of songs on side-A and instrumental versions of the same tracks on side-B. The second LP (More Electric Banana) was released in 1968 and is of a very similar sound to the first, but the hint of a stronger, more creative psychedelic sound is definitely present.

In 1969, the band released what many consider to be the best Electric Banana LP, Even More Electric Banana. This album contains four classic British psych tunes: 'Alexander', 'Blow Your Mind', 'Eagle's Son' and 'It'll Never Be Me'. All of them but 'Alexander' were also featured in the movie What's Good for the Goose, which includes a rather lengthy psychedelic nightclub scene spotlighting the band playing the songs in pretty much their entirety. The group even penned the theme song for the film, which is also featured on the "Even More…" album. 1969 also saw the band provide music for another film titled Haunted House of Horror.

The close of the 60s saw a lull in the Electric Banana releases until 1973's Hot Licks. This album's sound is of more of a prog-psych nature. The fifth and final LP release came in 1978 with The Return Of The Electric Banana.

The Electric Banana Blows Your Mind

This compilation CD contains the following songs by this artist that are played on TWOS:
- Alexander
- Blow Your Mind
- Eagle's Son