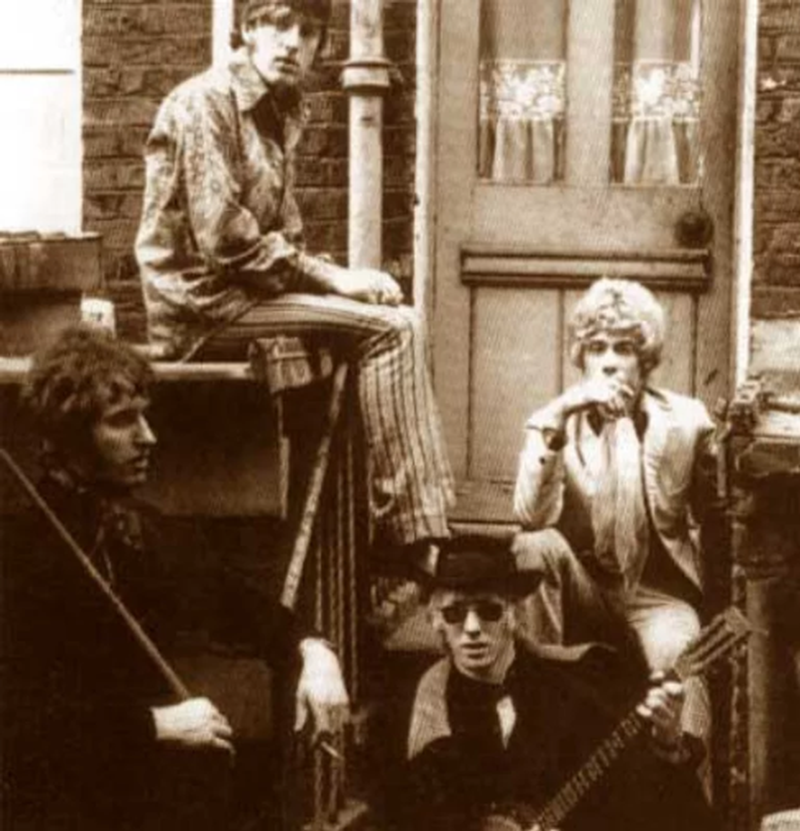 The band soon became a favorite on the London club scene and secured a record contract with the CBS subsidiary label, Direction. They released their first single in the fall of 1967 ('Flames' b/w 'Salisbury Plain'), which almost made the U.K. charts and was later covered by Led Zeppelin during live performances. The modest success of their debut 45 prompted the quick recording and issue of a self-titled debut LP in late 1967. The album is nothing short of excellent and contains several outstanding tracks of varying rock-pop styles. Highlights include the sitar laden, Eastern influenced 'Air', the driving 'Mother Writes', the loony 'Dream Starts' and the brilliant ballad 'Reactions Of A Young Man'. The record also contains the outstanding 'Mary Jane', but a faster tempo, BBC broadcasted alternate version of the song is what's showcased here on TWOS. Unfortunately this song was soon removed from the BBC playlist after they realized its drug connotations.

In 1968, things began to splinter when poor sales of their album and a push for a change in musical direction by Ford and Hudson prompted the departure of Gantry and Forster, who were replaced by Johnny Joyce (guitar, vocals) and previous Tintern Abbey member Paul Brett (lead guitar). As a side note, Forster went on to switch roles with Brett as the guitarist in Tintern Abbey.

With Gantry gone, the group reverted back to the name Velvet Opera and released a final LP (Ride A Hustler's Dream) and single ('Volcano' b/w 'A Quick 'B'') in 1969. A continued lack of commercial success caused the band to break up when the rhythm section of Ford and Hudson left to join the Strawbs. Gantry went on to perform in the musical Hair and later sang lead vocals on a few Alan Parsons Project songs.

This compilation CD contains the following songs by this artist that are played on TWOS:
- Air