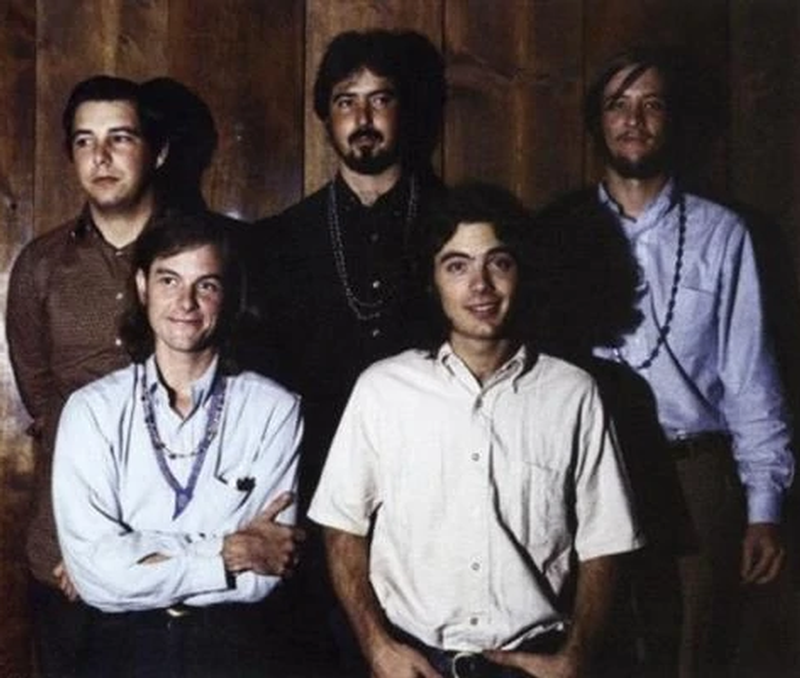 The 13th Floor Elevators was one of the first, and considered by most to have been the best 60s psychedelic rock and roll band to come out of the great state of Texas. They were also one of the first groups in the world to refer to their music as "psychedelic rock", as labeled on their 1966 debut LP. Over the years, they have significantly influenced a slew of other successful musicians, including Big Brother & The Holding Company bassist Peter Albin and ZZ Top guitarist Billy Gibbons.

The band came to life in late 1965 when frontman Roger Kynard "Roky" Erickson (lead vocals, rhythm guitar) left his group the Spades and joined up with Stacy Sutherland (lead guitar, vocals), Benny Thurman (bass) and John Ike Walton (drums) who had been playing Texas coastal towns as the Lingsmen. Last but not least to round out the original lineup was Tommy Hall (electric jug, vocals), who was instrumental in bringing the other band members together and also provided many of their songs' lyrics. Their unique name originated from Walton who suggested they just be called just the Elevators, while Hall added "13th Floor" due to the facts that many taller buildings in the U.S. actually lack a 13th floor because of bad luck superstition around that number, and also because the 13th letter in the alphabet is M, which in their minds stood for "marijuana".

The band was a fixture on the vibrant Austin music scene and soon caught the attention of local Contact Records, which released their debut 45 ('You're Gonna Miss Me' b/w 'Tried To Hide') in early 1966. The group quickly gained momentum by playing live dates in not only their home base of Austin, but also in the larger cities of Houston and Dallas. They also appeared on various local area TV shows which prompted the more prominent Texas based International Artists record label to take over their contract and reissue their first single with greater distribution throughout the U.S. on Hanna-Barbera Records (HBR). The record caught on and ended up peaking at #55 on the Billboard Hot 100 in the fall of '66, which paved the way for national TV appearances, including American Bandstand, and also high profile gigs in San Francisco at the Fillmore Auditorium and Avalon Ballroom. As a side note, the Elevators had a particular connection with the Bay Area band Big Brother & The Holding Company due to Hall's wife Clementine being past friends with Janis Joplin when she lived in the Austin area. Also at around the time of their California tour, it should be noted that Thurman left the fold and was replaced by Ronnie Leatherman (bass).

The fall of 1966 also saw the release of the band's first LP (The Psychedelic Sounds Of The 13th Floor Elevators), which is excellent. The album is punky and gritty, but hypnotic at the same time, highlighted by Hall's unique instrument, the "electric jug", which all in all was simply just a normal jug that he made sounds into with a microphone in or around it to reverberate his voice. The record not only contains their first single, but also other great cuts like 'Reverberation', 'Roller Coaster' and 'Splash 1'.

After their successful Bay Area tour, the 13th Floor Elevators returned to Austin where they recorded and released the 45 'I've Got Levitation' b/w 'Before You Accuse Me'. The band then began to splinter when both Leatherman and Walton quit over a recording dispute and Walton's disagreement with Hall's pursuit of achieving an ever higher state of human consciousness through the advocacy and heavy use of LSD. To replace the rhythm section, both Danny Galindo (bass) and Danny Thomas (drums, vocals) were brought into the fold. A second LP (Easter Everywhere) was then recorded and released in the fall of 1967, which is even better produced and trippier than their first effort. The album has some truly outstanding cuts, including an offbeat cover of Bob Dylan's 'It's All Over Now, Baby Blue' (simply titled 'Baby Blue' on the LP) and the anthem 'Slip Inside This House'. As good as the record is though, it unfortunately didn't sell nearly as well as the first, which prompted Galindo to leave and be replaced by Duke Davis (bass) at the beginning of 1968.

Although the group had by now for the most part fallen out of the national spotlight, they were still hugely popular in Texas where most considered them the best in their craft. In the spring of '68, the band began work on a third studio LP, which was initially going to be coined "Beauty And The Beast"; however, due to the psychedelically overloaded Hall and now mentally unstable Erickson, little progress was made at the time. In the summer of '68, International Artists then released an LP simply titled Live, which was in actually past demos and studio outtakes that were overdubbed with artificial audience applause. The result was a horrid concoction of missteps, which understandably failed to sell. Also at around this time, Davis left and was replaced with the return of Leatherman on bass.

By the end of 1968, the Elevators had in effect disbanded when Hall flipped out and Erickson checked himself into a mental hospital to avoid drug possession prison time. The remaining trio of Sutherland, Leatherman and Thomas forged on however to finish the recording of a much darker, but very well put together third studio LP titled Bull Of The Woods. This album finds Sutherland singing lead vocals and also the addition of a well-placed trumpet/horn section, which adds another layer of lushness and depth to the tracks. Although the band was already deemed virtually washed up by the time of the record's release in the spring of 1969, it is ironically considered by many today to be their best work. Most of the tracks are incredibly strung out yet cohesively melodic pieces, with the horns and guitar inter-playing on each other in just the right fashion. Unfortunately this record too sold poorly causing the group to finally call it quits for good. All and all though, one must recognize the extremely unique and high quality output of the Elevators and its indelible stamp on psychedelic rock.

The Psychedelic Sounds Of The 13th Floor Elevators

Bull Of The Woods

Out Of Order: Live At The Avalon Ballroom

This compilation CD contains the following songs by this artist that are played on TWOS:
- 'Bull Of The Woods' LP Ad
- Scarlet And Gold
- She Lives (In A Time Of Her Own)
- Slip Inside This House
- Tried To Hide
- You're Gonna Miss Me

This compilation CD contains the following songs by this artist that are played on TWOS:
- You're Gonna Miss Me