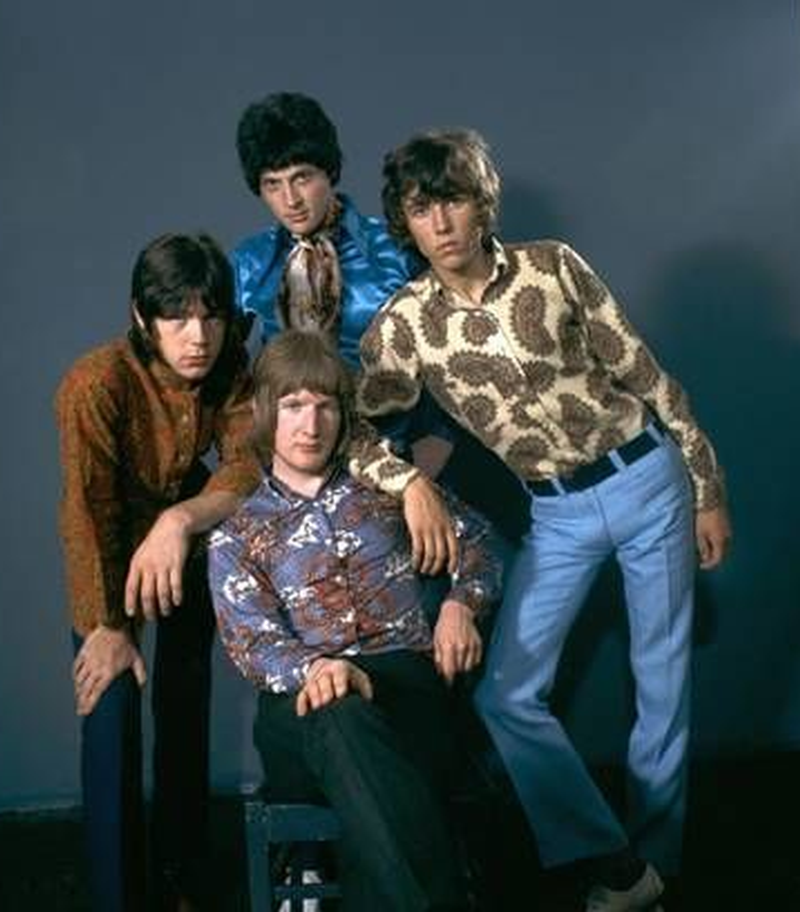 The Dutch band Golden Earrings is best known for their 1973 hit 'Radar Love', which reached #13 in the U.S., has been covered over 200 times and used in a slew of movie soundtracks and TV shows. They also had an even bigger hit in 1982 with the song 'Twilight Zone', which reached #10 in the U.S. What most people aren't aware of is that the group formed way back in 1961 and has remained hugely popular in their home country of the Netherlands for over six decades.

Originally known as the Tornados, the band changed their name to the Golden Earrings in the early 60s after a 1948 Peggy Lee hit of the same name, which they used to open their early gigs with. The group was founded in The Hague, Netherlands by childhood friends George Kooymans (guitar, vocals) and Rinus Gerritsen (bass) who first recruited Hans van Herwerden (guitar) and Fred van der Hilst to complete the foursome. They were first inspired by, and covered many of the British Invasion bands of the time, including The Beatles and Rolling Stones, but soon began to write and perform their own brand of mod-R&B, with songs mostly co-written by Kooymans and Gerritsen. In 1963, Herwerden and van der Hilst left and were replaced by Peter de Ronde (guitar) and Jaap Eggermont (drums). Frans Krassenburg (lead vocals) was also added at that time to round off the quintet.

The Golden Earrings experienced commercial success right out of the gates with their 1965 debut single 'Please Go', which reached an impressive #9 on the Dutch charts. This prompted the issue of their first LP (Just Ear-Rings) in late 1965, which includes all originals save a cover of Titus Turner's 'Sticks And Stones'. Unsatisfied with Dutch recording studios, the band's manager and co-discoverer Fred Haayen arranged for their third 45 ('That Day' b/w 'The Words I Need') to be recorded at Pye Records in London. This proved to be a good move with the single reaching #2 on the Dutch charts in early 1966. That year also saw the issue of four more moderately successful 45s, including a Coca-Cola promotional record, but by the end of the year, de Ronde and Krassenburg had left and were replaced by Barry Hay (vocals, guitar, saxophone, flute), who had turned down an offer by the Shocking Blue to join the Earrings instead.

1967 saw the band becoming more musically complex with the help of Hay's sax and flute, and they released three more singles and a second LP titled Winter Harvest that year. In the spring of 1968, the group issued their third LP, the psychedelic Miracle Mirrors, which includes the excellent 'The Truth About Arthur' and 'Crystal Heaven'. The summer of that year also saw the Golden Earrings earn their first #1 hit in the Netherlands with 'Dong-dong-di-ki-di-gi-dong'. In 1969, they cranked out two more LPs: the double album On The Double and the psychedelic Eight Miles High, which features a 19 minute version of the Byrds' classic song of the same title. Around this time, Eggermont left and was replaced by Sieb Warner (drums). 1969 also saw the group shorten their name to Golden Earring and embark on their first major U.S. tour, making them one of the first European bands to accomplish this. In 1970, Warner was replaced by Cesar Zuiderwijk (drums) and it is this core lineup that has remained unchanged for over 50 years.

Between 1969 and 1984, Golden Earring completed 13 U.S. tours and during this period, they performed as the opening act for Santana, The Doobie Brothers and Rush, to name a few. In the early 70s, when 'Radar Love' was a hit, they had Kiss and Aerosmith as their opening acts! In 1982, Golden Earring scored another major hit with 'Twilight Zone', which was partially fueled by the song's music video and its heavy rotation on the budding music channel MTV. In 1991, the group scored another hit in the Netherlands with 'Going To The Run', a rock-ballad about a Hell's Angels motorcycle gang member who was a friend of the band and had died in a crash. After some thirty-plus albums, Golden Earring was asked to compose and record the Netherlands' official theme for the 2000 Summer Olympics in Sydney, which was titled 'Yes! We're On Fire'. Over the years, Golden Earring has sold millions of albums worldwide, and is perhaps the oldest rock band in the world to be still performing to this day.

This compilation CD contains the following songs by this artist that are played on TWOS:
- The Truth About Arthur