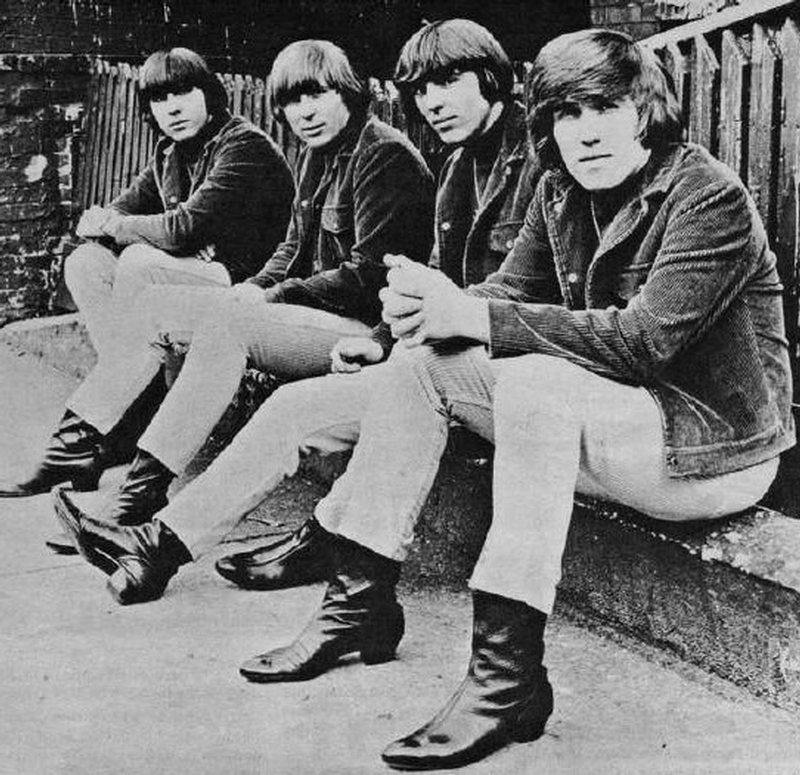 The Robbs were one of the many 60s bands that should have made it big but never did. They had great songs, solid production and plenty of television exposure, but somehow stardom eluded them.

Originally from Oconomowoc, WI, a town up north of Milwaukee, three brothers; Robert Donaldson aka Bruce Robb (keyboards, vocals), David Donaldson aka Dee Robb (guitar, vocals) and George Donaldson aka Joe Robb (saxophone, vocals), along with Dick Gonia (lead guitar) formed a band in early 1963 which they first named Dee Robb & The Robins and then Robby & The Robins. They cut a few singles on local labels, but were soon forced to revamp the group when Gonia faced the military draft. He was replaced with the brothers' cousin Craig Krampf aka Craig Robb (drums, vocals), they changed their name to the Robbs and began developing a strong following in the Midwest.

Their big break came when Dick Clark brought his show Where The Action Is to the close by city of Chicago for a taping. The Mamas & The Papas were scheduled to be on the program, but were busted for acid in New York City the night before and couldn't make it in time. Clark, already acquainted with the Robbs, offered them the open slot, which springboarded them into the spotlight.

The group soon secured a contract with Mercury Records in 1966 and recorded the single 'Race With The Wind', which charted high regionally but only bubbled under on the national Billboard Hot 100 at #103. Dick Clark then signed them to replace Paul Revere & The Raiders as the house band on Where The Action Is. With their home base now in Los Angeles, CA, the band began recording their debut album with hit producers Snuff Garrett and Leon Russell. Russell, who had heard a preview copy of The Beatles Revolver LP, was fascinated by its use of backwards guitar and quickly incorporated the effect into one of the LP's standout songs, 'Next Time You See Me.' A great cover of the folk-rock classic 'Violets Of Dawn' and the pop gem 'Rapid Transit' are two of the many other highlights included on this self-titled album.

By 1967, the lack of chart success had the Robbs on the move to other labels such as Dunhill and then Atlantic where the cut the trippy 'Castles In The Air' in 1968. Several more singles failed before they cut another great pop album under their new name Cherokee. This album has a country feel to it and is comprised mainly of top-flight pop songs, featuring Chris Hillman of the Byrds as a guest musician. Despite the quality of material, it too failed to chart.

Dissatisfied with their lack of success, the three brothers founded Cherokee Studios in Hollywood where many fine artists recorded over the years, including Steely Dan, Jane's Addiction, Aerosmith, Dave Matthews, Lenny Kravitz, Al Green and Warren Zevon. Craig Krampf became a top session drummer in L.A., co-wrote the Steve Perry hit 'Oh Sherrie', won a Grammy for the Kim Carnes song 'I'll Be Here Where The Heart Is', and has produced Melissa Etheridge.

Castles In The Air