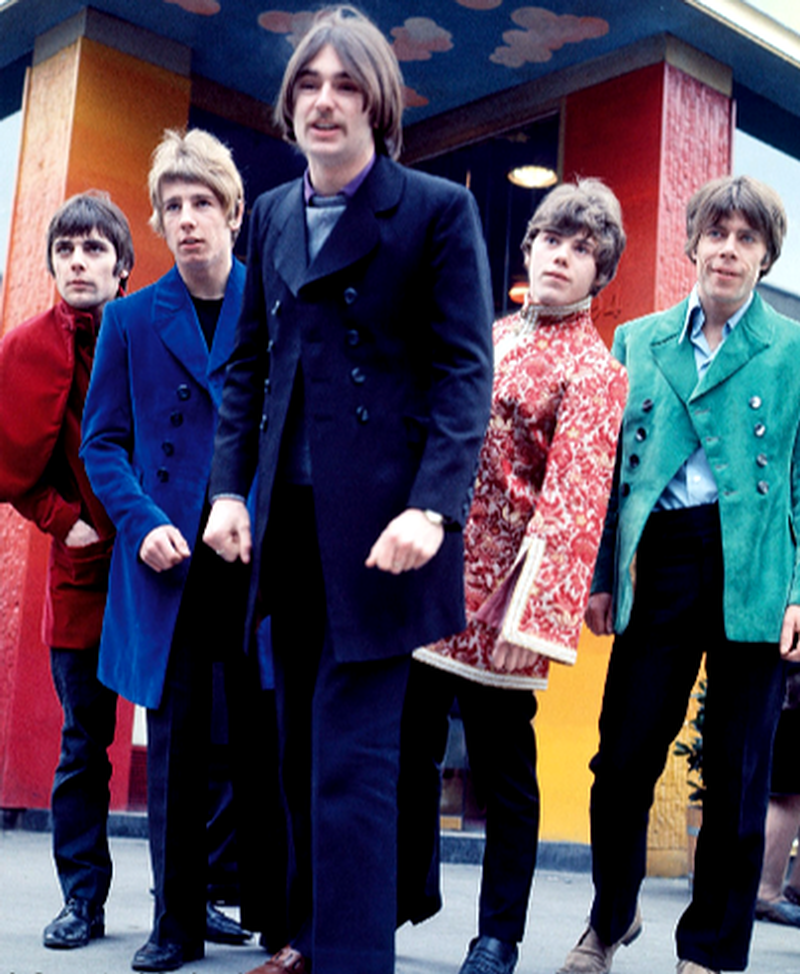 The Status Quo is one of Great Britain's longest lasting and popular hard rock acts in history, although success in North America for the most part has eluded them over the years. Most of their fans know them as the energetic and top selling boogie band of the 1970s and 80s, but their origins can be traced way back to R&B and the early 60s.

In 1962, Francis Rossi (guitar, vocals) got together with school mate Alan Lancaster (bass) and originally formed the Scorpions. John Coughlin (drums) soon joined the fold and by about a year later, they had changed their name to the Spectres. In 1964, the group brought in Roy Lynes (keyboards, vocals) as they continued honing their skills in the local South London pubs and clubs. It wasn't until 1966 that the group finally scored a record deal with the Piccadilly label and issued three singles into early 1967. Unfortunately none of the records sold that well and as they delved further into psychedelia, decided to change their moniker to Traffic; however, they had to settle on Traffic Jam to avoid confusion with Stevie Winwood's newly formed Traffic, which had already claimed that name. As Traffic Jam, they issued one more 45 on Piccadilly, but it too sold poorly. The group then added a fifth member in Rick Parfitt (rhythm guitar, vocals), renamed themselves the Status Quo and signed to the Pye label.

In early 1968, the group released the breakout single 'Pictures Of Matchstick Men', which became their first hit, reaching #7 in the U.K. and #12 in the U.S. (this would be their only Top 40 hit in the States). Their second single ('Black Veils Of Melancholy') is a virtual copy of their first and made little impact; however their third ('Ice In The Sun') was another U.K. hit, peaking at #8. This prompted the release of a debut LP in the fall of 1968 creatively titled Picturesque Matchstickable Messages From The Status Quo, which despite including the awesome 'Pictures Of Matchstick Men' and other great songs like 'When My Mind Is Not Live', 'Elizabeth Dreams', and a respectable cover of the Lemon Pipers' 'Green Tambourine', failed to chart.

A second LP was issued in the fall of 1969 titled Spare Parts. This album also contains some great tracks in a cover of the Goffin-King penned 'You're Just What I Was Looking for Today’, along with the originals 'Face Without A Soul' and the trippy 'Mr. Mind Detector'. This album also saw the introduction of their roadie Bob Young with his contribution to songwriting as well as playing the harmonica. Unfortunately, this record didn't sell well either so in 1970 they decided to abandon psychedelia in favor of more straight forward hard rock. This move proved to be the right decision as the Status Quo have to date had over 60 chart hits in the U.K., more than any other rock band, with 22 of them reaching into the Top 10. To this day, the band continues to tour the U.K. and Europe, playing consistently in front of large crowds.

This compilation CD contains the following songs by this artist that are played on TWOS:
- When My Mind Is Not Live

This compilation CD contains the following songs by this artist that are played on TWOS:
- Pictures Of Matchstick Men

This compilation CD contains the following songs by this artist that are played on TWOS:
- Mr. Mind Detector
- You're Just What I Was Looking For Today