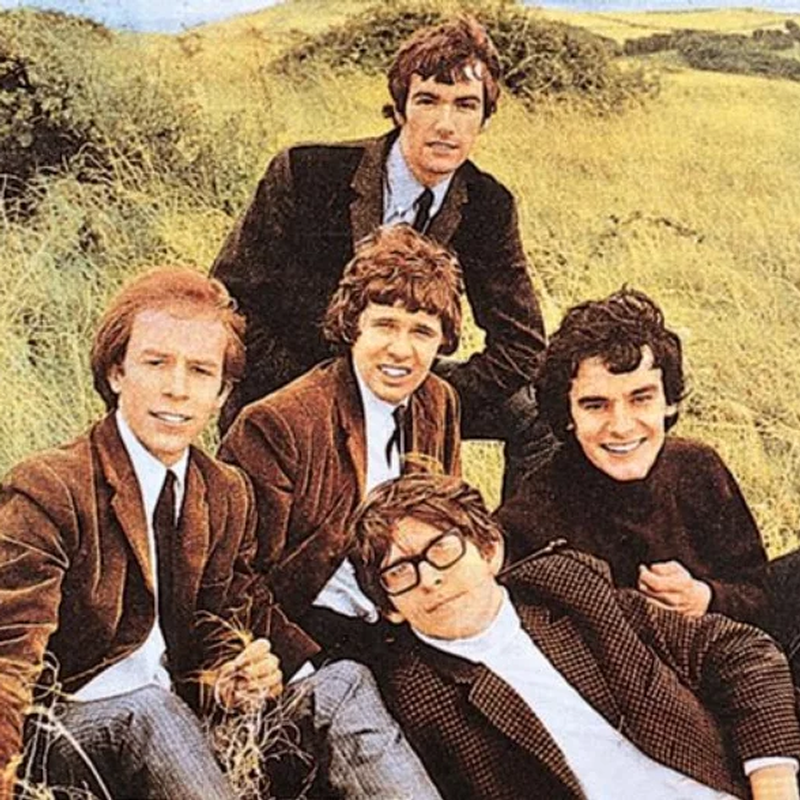 The Zombies roots can be traced all the way back to 1961 when classmates Rod Argent (keyboards, backing vocals), Paul Atkinson (guitar) and Hugh Grundy (drums, percussion) began jamming together at St. Albans Grammar School where they were attending. Argent then got the bug to form a band, so the trio rounded up Colin Blunstone (lead vocals) and Paul Arnold (bass) to complete the original 5-piece in the spring of 1962. They were originally christened the Mustangs, but then were quickly renamed the Zombies by Arnold, who felt that it was a name that no other group would ever have. Ironically, Arnold left the fold not long after he came up with the rather original moniker and was replaced by Chris White (bass).

In early 1964, the band got their big break when they took first place in a beat group competition that was sponsored by the London Evening News. The grand prize was an audition with Decca records, which culminated in the production of their outstanding, Argent penned debut single 'She's Not There'. The jazzy, offbeat record, which was issued in the summer of '64, was extremely original for its time and quickly rose to #12 in the U.K. and a stunning #2 in the U.S. This success garnered them a trip to the U.S. where they performed several live shows a day and ultimately made their first TV appearance on the nationwide debut episode of Hullabaloo in early 1965. At around the same time, the group released a second catchy, Argent single ('Tell Her No') in the U.S., which ultimately hit #6 on the Billboard Hot 100 in February of that year, but only reached #42 in the U.K. A self-titled LP was also issued in the U.S. at this time, but not in the U.K.

April of 1965 finally saw an LP released in the U.K. titled Begin Here, which varies slightly from their previously issued U.S. album. A third U.S. single ('She's Coming Home'), again by Argent, was also issued at around this time, but failed to reach the Top 40, only making it to the #58 spot on the charts. A fourth U.S. Argent single ('I Want You Back Again') was then released that summer, but only peaked at #95. Four more singles were then issued in the U.S. (and a similar amount in the U.K.), but none captured the magic of their initial two smashes and only bubbled under on the Hot 100, or failed to chart at all. In early 1966 however, the band got a small shot in the arm when they helped promote and were featured in the Otto Preminger directed film Bunny Lake Is Missing.

In 1967, perturbed by their culminating lack of success, the Zombies signed a new contract with CBS Records and laid down their seminal psychedelic LP Odessey & Oracle at EMI's world-famous Abbey Road studios. As a side note, the word "odyssey" on the album cover was inadvertently misspelled "odessey" by its designer Terry Quirk and never corrected. The record, issued in the spring of 1968 after the band had already broken up in late '67, is still ranked #100 on Rolling Stone magazine's 500 Greatest Albums of All Time and includes the highlights 'Time Of The Season' by Argent and 'Beechwood Park' by White. The album itself only peaked at #95 in the U.S. and didn't even chart in the U.K. Ironically though, the outstanding 'Time Of The Season' would later become a huge hit in the U.S., peaking at #3 on the Billboard Hot 100 almost a year after its initial release.

After the American success of 'Time Of The Season', Argent and White were approached by CBS to drum up another Zombies LP, but after several tracks were cut, only a couple of 45s were ultimately issued in 1969, one of which includes the excellent Argent-White co-penned instrumental 'Conversation Off Floral Street' tucked away on the B-side. After the Zombies, Argent went on to form the progressive rock band Argent, while Blunstone became a solo artist, including a brief stint under the pseudonym Neil MacArthur.

The Singles As & Bs