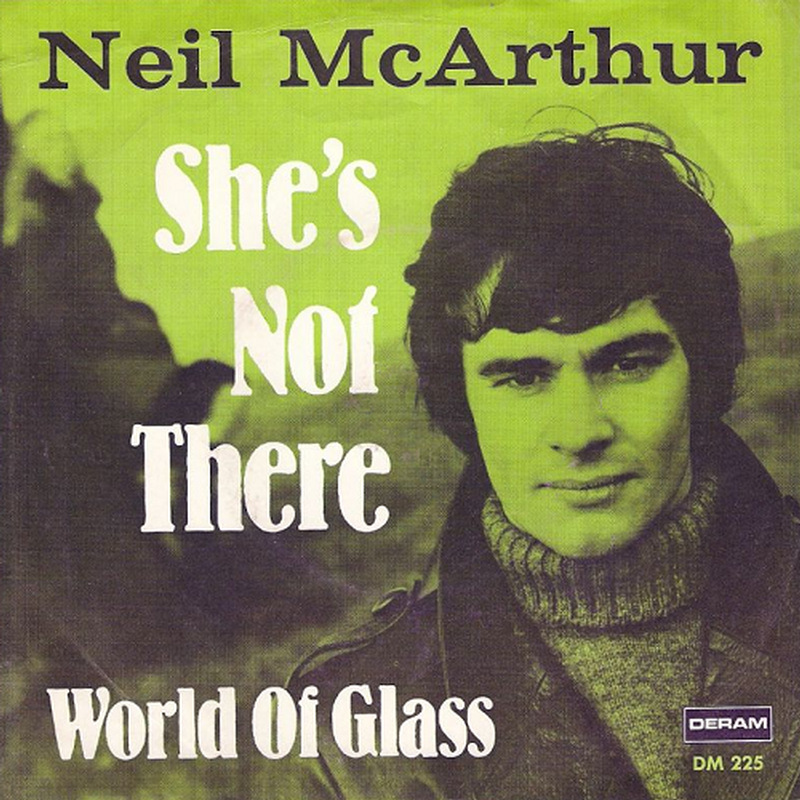 The name "Neil MacArthur" was used by ex-Zombies lead vocalist Colin Blunstone as an alias for three 45s he released on the Deram label in 1969. The first single was a re-recording of the Zombies' 1964 classic, 'She's Not There', which was produced by Mike Hurst . This version features some great fuzz guitar, strings and flute and actually hit the Top 40 on the U.K. charts.

In addition to the singles, other songs were recorded during the "MacArthur sessions", including a great cover of the Buffalo Springfield track 'Hung Upside Down'. Colin Blunstone is considered by many to be one of the greatest 60s rock vocalists.

This CD is essentially a collection of songs by Rod Argent & Chris White and Colin Blunstone that were recorded and released in the recent months after the breakup of the Zombies in April, 1968.